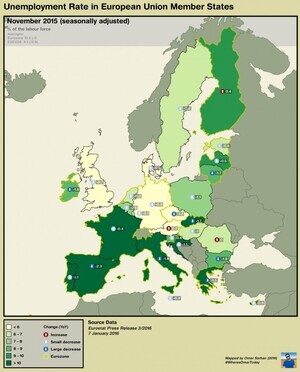 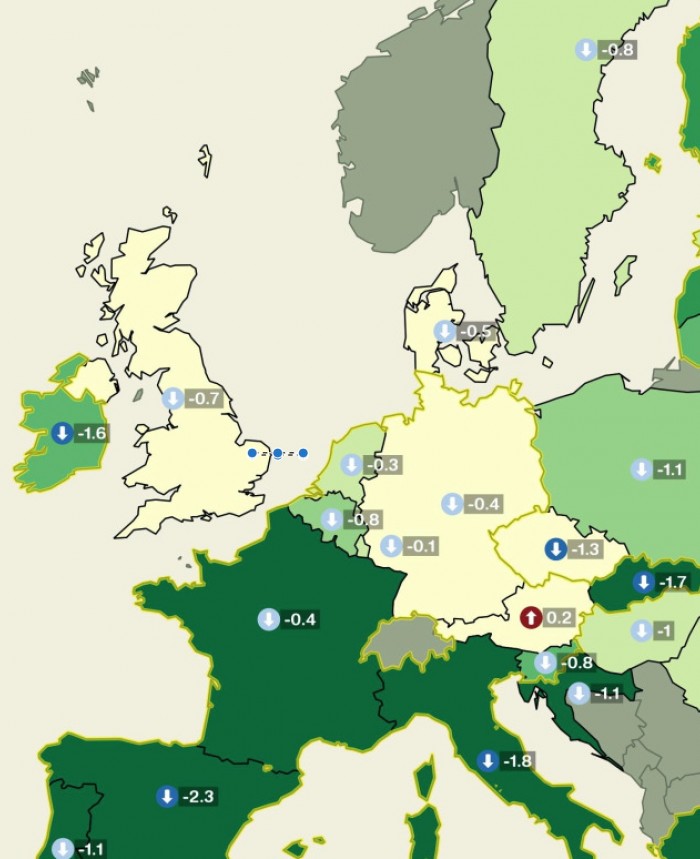 A new map from the redoubtable socio economic cartographer Omar Sarhan. To wit:

…unemployment as it stood in November 2015.

The World Map Of Disney/Pixar

Too Late, But Still

The Mediterranean Sea Of America

26 thoughts on “Jobless In Europe”