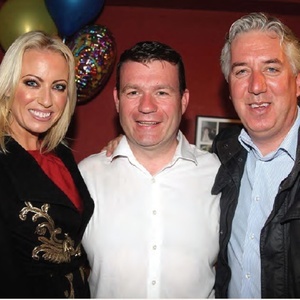 On foot of John Delaney’s endorsement of Alan Kelly the author argues it would be better if everyone in the public sphere declared their allegiances and inclinations.

I wouldn’t be a fan of John Delaney. There are things he has done well, others he hasn’t. I would consider him to be grossly overpaid, but if he has convinced his employers he’s worth that then more power to him.

In canvassing with, and encouraging people to vote for Alan Kelly, I would say his judgement is questionable. However his right to publicly state political opinion, as a citizen, should be unquestioned.

In Ireland we live with this myth that those associated with NGOs, charities, arts organisations and sporting bodies are and should be apolitical.

This is a nonsense. Every person is political and every piece of human activity is political. The dance we practice that these people should not be avowedly political is also a nonsense. This is the Irish hypocrisy.

Maintaining this pretence sees the creation of a false politics often within these organisations themselves. A politics that is often more vicious than anything found in Leinster House.

As long as you are not avowedly political you can be nakedly so. There are caveats of course. If you are in or close to the mainstream, many blind eyes can be turned to pseudo near direct involvement with politics.

Those in this milieu can slip between the voluntary and the party political with consummate ease. I could reference Fergus Finlay, Frank Flannery or Angela Kerins, as those names speak for themselves. Those who espouse less than traditional viewpoints constantly end up being lectured on the necessity of strict impartiality.

Take the trade unions and their representatives. It’s taken for granted that they speak on behalf of the Labour Party, despite the fact that a majority of their members do not vote for that party.

Environmental NGOs take the other position. While their objectives are practically symmetrical with those of The Green Party, these organisations tie themselves up in knots to ensure that they don’t deal with The Greens in any favourable way.

Both these approaches are wrong.

It would be better if everyone in the public sphere declared their allegiances and inclinations. Knowing such biases they could be checked if they were ever seen to act on them. The likelihood is that having known what their opinions are they would overcompensate and would want to be seen in act in an opposite direction.

I wouldn’t be advocating a US approach where everyone from judges to dog catchers are linked to a political affiliation, although that could be said of our judges too.

Maybe we introduce a protocol where our citizens when brought before a court could choose a judge depending on what political party they had been appointed by? The only obvious caveat is the words or actions of anyone in the public sphere should not compromise their work or the work of the public body they represent.

John Delaney may not have anything interesting to say, but he like any one of us should not be restricted in what he can say.

Someone has to make the case for Alan Kelly.

Dan Boyle is a former Green Party Td. His column appears here her every Thursday. Follow Dan on Twitter: @sendboyle

81 thoughts on “The Case For Alan Kelly”