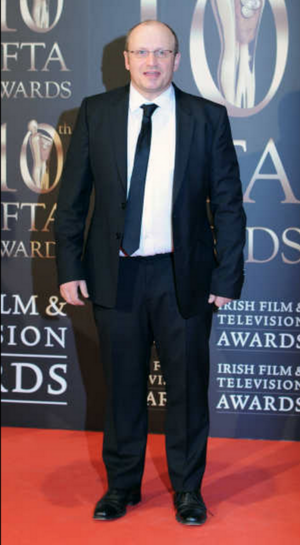 Lenny Abrahamson at the IFTAs in 2013

Ahead of the Oscars on Sunday, February 28 – in which Dublin’s Lenny Abrahamson is up for Best Director ‘gong’ for Room…

“Starting on Sunday, February 14, RTÉ2 will broadcast What Richard Did, which fast-tracked the career of actor Jack Reynor and who has since starred in the Transformers franchise. The season continues on Saturday, February 20, with Garage, starring Pat Shortt. Then the much-loved Adam and Paul will air after coverage of the 88th Academy Awards ceremony on Monday, February 29, on RTÉ2.”