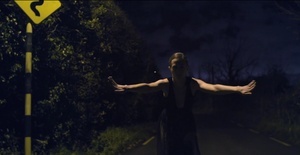 1. Bantum, aka Ruairí Lynch, is an exiled Corkman living and producing in Dubland. His 2013 magnum opus ‘Legion‘ is among the best Irish electronic/pop records committed to wax in recent years. A consistent releaser of singles/EPs with unreleased B-side material, too, a rarity in this day and age.

4. True to form, the digital download and Spotify stream comes with a stripped-down ‘blues mix’ as a b-side/bonus track.

5. Bantum used to live with Keith from Limerick two-piece giveamanakick, which is class when you think about it.

Verdict: A major step forward for two of Ireland’s most talented artists.