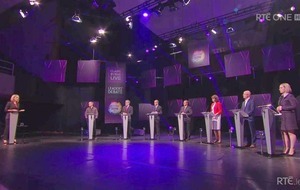 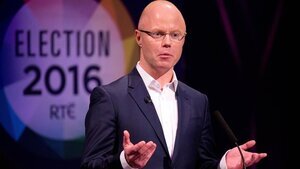 Laugh about it, shout about it when you’ve got to choose

But not every way you look at this you lose.

‘Tis the season. Though in this season the only ones who are jolly are the political nerds who enjoy watching our political leaders go toe to toe in what passes for debate on our national airwaves.

They’re ubiquitous; you can’t swing a canvass leaflet without hitting an angry leader shouting at another angry leader. These ‘debates’ will help you make up your mind you see.

Apparently traditional political party strategists think that the best way to showcase what their respective leaders have to offer the country is to pitch them in a shouting match against each other while they loudly decry the failings of each other.

Nobody questioned that strategy, it seems nobody said, hang-on, wouldn’t I be better laying out a vision rather than an indictment of others failings? What about those in glass houses etc? But no, each puppet leader went out and done as advised…”attack them on this, attack the others on that then attack him on the other..” and so it went.

Last Thursday evening’s TV3 debate was a row. There’s no other way to describe it. A noisy off-putting row. I canvassed a mature estate the next day. Almost every house said something along the lines of ‘Did you watch that farce last night?’

Not one person told me they felt informed by it or in any way had their vote been swayed or their position solidified. If anything it had served to reinforce the far too commonly held complaint that politics is ‘a load of guff’.

Roll forward to Monday night in the University of Limerick and the RTÉ Leaders’ Debate where the floor was opened up to 7 party leaders to include the traditional four as well as Renua, PBPAAA and my own party the Social Democrats.

We were clear in our focus. Irish people do not need to hear 7 people in a ‘he said, she said’ Punch and Judy show. Stephen Donnelly was the nominated leader for the night and his brief was to do what we have set out to do since we launched; lay out an alternative vision based on hope and ambition and impress upon people who have become so disillusioned with politics that another way is possible. We can do things differently. He did that and then some.

Dublin Central Soc Dem candidate Gary Gannon, (he of that tracking shot) and myself had driven to Limerick for various media events surrounding the main event and we sat in the press room watching the debate alongside the country’s most prominent political journalists (It would have been an awfully embarrassing position to be in had Stephen crashed and burned!).

We sat there with pride. Stephen nailed it, in a debate which once again descended into a cacophony of pointed fingers (quite literally in Joan Burton’s case). Stephen stood tall and offered our vision.

The Social Democrats website crashed briefly twice during the debate due to the traffic it generated. In particular when Stephen closed with a rallying statement to Vote Social Democrats, the Candidate information page on the website came under siege as people tried to find who they could vote for in their area.

Stephen himself gained over 1500 twitter followers in the time period from 9:30 to 11:30pm. Each of the candidates, myself included, had people message us looking to get involved or to donate. In other words people got excited.

My point here is to outline what should have been a very simple message for other parties. People want honesty. They want someone to speak to THEM, not shout at each other and try and score points.

Let’s be honest, unless you’re a nerd like me, politics can be boring but in the first instance that somebody stood up and offered them a credible and hopeful vision they paid attention and they reacted. That fills me with hope.

Anne-Marie McNally is a political and media strategist working with Catherine Murphy TD and is a General Election candidate for the Social Democrats in the Dublin West constituency. Follow Anne-Marie on Twitter: @amomcnally

58 thoughts on “Going To The Candidates’ Debate”