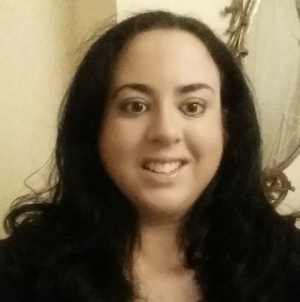 Marie Duffy, who lived with Bulimia for seven years, writes:

I was 17 the first time I made myself sick. It was Christmas time and I was on a diet. I was planning on going Debs dress shopping in the January sales and I was dreading it. I’ve never been a skinny girl and the idea of going shopping filled me with dread.

I was convinced that the only way to ensure I got a dress to fit was to starve myself in the few months beforehand. It was going well and I had dropped over a stone through a combination of eating more healthily and exercise.

However, I found the temptation of food at Christmas to be difficult. I ate some Roses. Even when I was eating them I knew that I shouldn’t be. I had made a list of foods that were ok to eat and stuff that I couldn’t have and chocolate was definitely on the ‘not eat’ list.

I felt so guilty. I immediately ran to the bathroom, locked the door and forced my fingers down my throat. I had to be rid of the evil calories that were in my body. Very naively, I felt like I had found the secret to losing weight fast. I couldn’t have been more wrong.

Little was I to know that making myself sick was to become a huge part of my life and would become an addiction that I would struggle with for seven years of my life. Seven years that I couldn’t get back, and seven years of absolute torture.

Often when we hear or think about eating disorders we see the more extreme cases of anorexia were people are literally dying at 3 or 4 stone weight.

But, the fact is, that people all around you are coping with eating disorders and are a much more normal weight, and you might never even know that they are struggling.

That was the case for me, I was a normal weight but my behaviours around food became far from normal. I was obsessed with everything that I ate. I would be so strict with myself during the day allowing myself to live on very little.

Sometimes, if I was feeling generous, I would allow myself an apple and that would do me for breakfast and lunch until I went home from school. I would be filled with absolute dread at the thought of going home to eat a dinner and would start obsessing about it each day, from the minute I woke up.

My parents and siblings had no idea that I was struggling with bulimia, they had noticed that I had become very picky about what I was eating but that was as much as they knew.

I only ate vegetables or small amounts of chicken and avoided carbohydrates if I could. If I did eat carbohydrates, I felt so guilty that I would rush to the toilet immediately and make myself sick. It was my secret and no-one else knew. But it began to become a secret that I just couldn’t keep to myself.

I began to lose a lot of weight and people began to comment telling me how well I looked. People at school would make comments and I would shrug them off saying that I was exercising more and that the weight was coming off healthily.

Teachers at school also began to notice that I wasn’t doing aswell as I had been and I started to not hand in my homework and fall asleep in class.

In reality I had a full-blown eating disorder and it was taking over my life. But it wasn’t until one of the teachers at school made an appointment for me to visit my GP that I realised what was going on.

My GP asked me lots of questions about what I was eating and asked about my attitude to food and weight. I told him that I had been making myself sick and had started to use laxatives to help me lose weight.

He mentioned the word Bulimia and I was taken aback. I knew that I had become a little obsessed with food and how I felt about my body but I felt that an eating disorder was something very skinny people got, and I wasn’t very skinny.

However, the doctor explained to me that people off all weights and sizes developed eating disorders and that he felt that my behaviours indicated that I had bulimia.

My teacher at the time was concerned about me and invited my parents in for a meeting to discuss what was going on. I was absolutely terrified because my parents had no idea as to the extent of my dieting behaviour. As far as they were concerned I was on a diet but what teenager wasn’t.

My mum was really upset when she found out what had been going on and life at home became difficult for me as my family monitored everything I ate and when I used the bathroom. I became more secretive about what I ate and when and my family became more confused as to how to help me.

Fast forward a year and I did well in my Leaving Certificate and got into college. When I went to college my eating disorder got much worse as I had no one monitoring what I was eating or when I used the bathroom.

My weight fluctuated. While I was still at school I was referred to a psychologist but it wasn’t until almost two years later that my appointment came up. I often wonder if my life would have been different if I had received the appointment two years earlier when I really needed it. Instead my eating disorder became a huge part of my life and stayed with me all throughout college.

Fast forward to today and I still struggle with my weight. I wouldn’t say I have an eating disorder anymore but when I’m stressed I still revert back to old habits which can be difficult to deal with. Bulimia was a huge part of my life for 7 years.

If I could say one thing to anyone who is going through a similar thing I would say – take a risk and reach out for help. You may not get it straight away but you deserve to be happy and you cannot be truly happy when you struggle with an eating disorder.

I would really recommend Bodywhys as a support service and they have email, telephone and online support which can really help when you are struggling.

If I could say one thing to that 17-year-old who first made themselves sick I would say – you are more than your weight and don’t let anyone tell you otherwise.

Also, I would remind myself that you don’t have to be skinny to have an eating disorder as it can affect anyone of any age.

You don’t have to be skinny to have an eating disorder (Marie Duffy, Fake Tan And Foundation)

For Froth It’s Worth