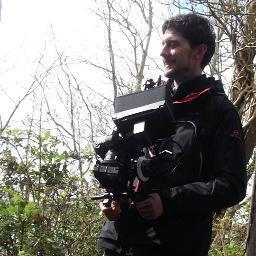 Conor Maguire and Paul Webster are two freelance filmmakers based in Dublin.

In 2015, over 500,000 refugees have made their way to Lesbos island from Turkey via overloaded inflatable rafts. This represents 59% of all refugees who made their way to Greece last year. Projections are that refugee numbers making the dangerous journey across the Aegean Sea could double this year.

Lesvos is a tiny community that has found itself at the centre of a vortex: the greatest migration of people since World War Two. We wish to travel to Lesvos in March as a two-person crew to document the situation.

Against the backdrop of international stalemate, clashing ideologies, technocratic power plays, economic ruin and a war that could spark something terrifyingly large, people are showing the best and worst of humanity on one small island.

We wish to speak with volunteer and professional aid workers, local residents, on-site journalists and, most importantly, refugees to document this critical juncture in European history.

We are launching this campaign to raise €3,000 to cover only the most basic aspects of our work: transport, accommodation, insurance and food. Everything else will be covered by us.

Our aim is to create a short documentary that is as shareable and mobile as possible. We think this is an important story to cover in an unfiltered way, without politics or ideology. We hope you think so too and help make this production viable.

Previously: A Letter From Lesbos