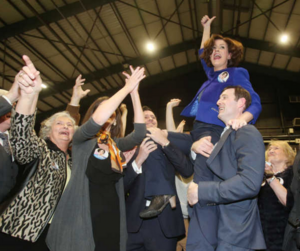 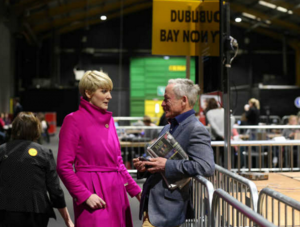 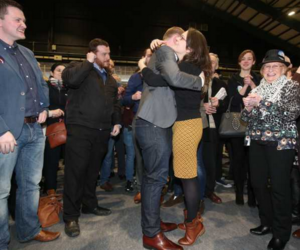 Candidates in Dublin’s RDS this morning.

Jonathan O'Brien of SF returned to #corknc. The lads are happy. #ge16 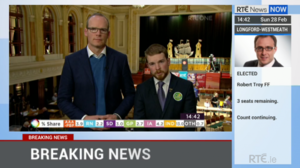 Fine Gael’s Simon Coveney and Donnchadh Ó Laoghaire, of Sinn Féin, speak to RTÉ One after they took the fourth and third seats respectively. 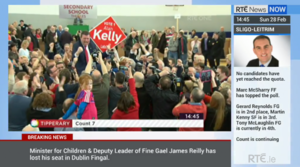 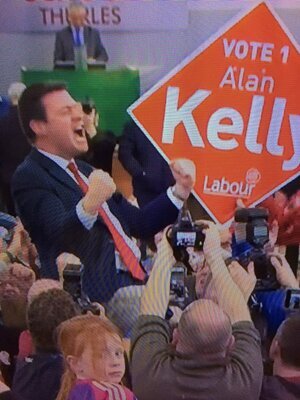 Labour’s Alan Kelly takes the fifth seat in Tipperary – without reaching the quota.

And in Dublin Fingal… Hung For A Sheep As For A Lamb

56 thoughts on “Meanwhile, At The Counts”