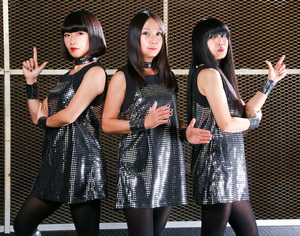 01. “When I finally got to see them live, I was transformed into a hysterical nine-year-old girl at a Beatles concert”, said Kurt Cobain of this veteran outfit, currently celebrating their 35th (!) anniversary.

02. The band came together in 1981 after founder member Naoko Yamano fell in love with the music of the Ramones. A deal with pop tastemakers K Records happened in 1985, which saw career album Burning Farm released Stateside.

03. The following three decades saw them tour with Nirvana on their Nevermind launch jaunt, as well as with Sonic Youth and the Breeders. They’ve played Lollapalooza and Reading, recorded sessions for the late, great John Peel, and even cut a tune for The Powerpuff Girls.

04. They’re hitting Ireland as part of their European tour next month. See them at Whelan’s in Dubland on the 30th, at Belfast Cathedral Quarter Arts Fest on May 1st, and in Cork’s Crane Lane Theatre on May 2nd (in a free show!).

Verdict: Broadsheet caught them in 2014 when they were on tour. Nirvana connection and their history aside, they are a savage live proposition. Get to ’em if you can.

The Steepest Rollercoaster In The World