Deirdre  is the D in the D versus Ireland case

Taking It To Another Level 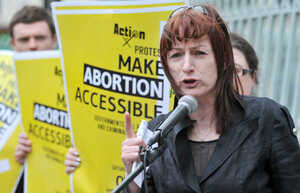 Over To You Labour