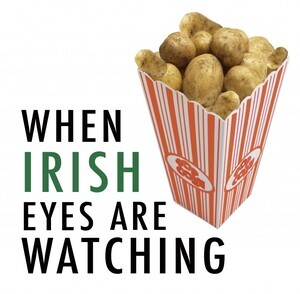 When Irish Eyes Are Watching.

A new podcast about Ireland and the Irish in film.

Each episode we discuss a film that features Ireland (or Irish characters) as a main element of the story. It was inspired after a stomach-turning viewing of Leap Year (2010)…

Many Irish people may know that perturbed feeling when a moon-faced eejit called Séamus blows something up in a Harry Potter film. Or feel a sting of resentment when Michael Fassbender, Brendan Gleeson or Saoirse Ronan are nominated for “Best British Performance.” Or even just experience a jab of begrudgery when Kevin Spacey saunters into Dublin to make a kooky caper film that turns Martin Cahill into Danny Ocean.

Our podcast is about such feelings.

When Irish Eyes Are Smiling

It Is To Netflix What Laser Is To Xtravision

As Pod Is My Witness