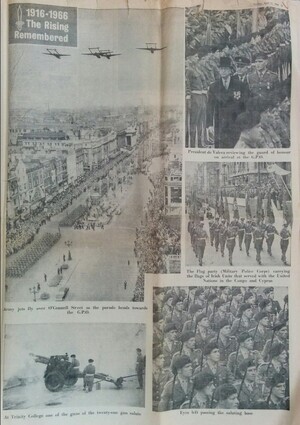 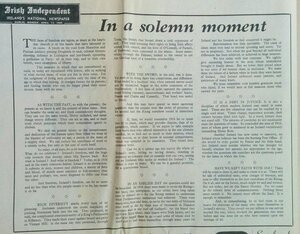 In 1916 there were many to revile the Rising , not least this newspaper, as our critics have long taken care to remind us, for the Rising seemed to undermine what Parliamentary endeavour had achieved. There were also many, then and later, to revile the vast army of Irishmen who went to die by their thousands in Flanders trenches and the surf off Gallipoli…

No change there then.

Thanks Kevin Jenkinson and Michael Breheny