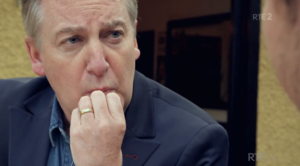 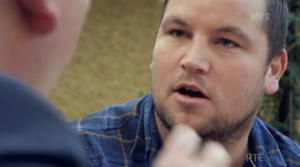 Last night RTÉ2 broadcast the documentary I Am Traveller, fronted by John Connors.

The documentary included footage from a ‘Save Our Community’ meeting in Thurles, Co. Tipperary, on October 8, 2015.

The meeting, which was chaired by security editor of the Irish Independent Paul Williams, saw those in attendance discuss rural crime. It followed the jailing of seven men for the aggravated burglary of the Corcoran family in Thurles in 2013.

Two days before the meeting in Thurles, Mr Williams did an interview with Niall Delaney on Ocean FM about Travellers and crime, following the sentencing in relation to the Corcoran burglary.

Niall Delaney: “Paul what’s your views on this? You’re claiming that these seven are part of a wider network of family-based gangs, which is very worrying for a lot of people.”

Paul Williams: “Well they’re not just family based but they’ve very strong links with the Travelling community which is controversial I know but it’s a fact. There are two, they are using networks, they’re using them down in Sligo, the same way they use them in Mayo and different places. They have people all over the country who are related through marriage and extended  families. They identify and pick out targets and that’s what happened in Tipperary two years with the Corcoran family… You saw them when they were leaving the court, when there were these orangutans coming out. The only reason they weren’t dragging their knuckles behind them was because they were in handcuffs. And I think the visceral reaction from the public last week was extraordinary because people have become desensitised to a lot of this but, Jesus, there was some serious sense of anger everywhere. Everybody was talking about it and they’re the kind of people who are responsible for this kind of crime.”

In I Am Traveller, Mr Connors attended the community meeting in Thurles and, a few weeks later, spoke with Mr Williams about the meeting.

John Connors: “I went to Thurles that time and it seemed to be, the general consensus in the room, from the settled people and the farmers, people who worked in agriculture, that this was an exclusive Travellers’… rural crime.”

Paul Williams: “No, in fact, I think you’re wrong, there was little mention, the elephant in the room yeah, there was mumbling, yeah but they were mumbling about it amongst themselves…”

Williams: “But, yet again, an awful lot of people didn’t want to express that.”

Connors: “Why do you think? Do you think it’s fear? There was one particular person, a man who talked about an experience he had with a Traveller and there was a big, great laugh about it and then the farmer went on to say that this sort of criminality is ingrained in these people and I think that’s very damaging because criminality wasn’t ingrained in me, we’re never…”

Williams: “But you’re being let down by the criminal element all the time, John.”

Williams: “I think one of the things…”

Connors: “Do you not think there’s a problem with generalisation though, within the media..’

Connors: “The media, like, kind of run amok sometimes I think.”

Williams: “We can talk about that but..”

Connors: “With flashy headlines and sensationalism, for instance, the Corcoran burglary right? A lot of headlines described that as a Traveller gang, not travelling gang – as in travelling from Dublin down to Tipperary…”

Williams: “Yeah, it was Traveller gang, yeah. The two Joyce brothers are the main players in that gang.”

Connors: “Yeah, yeah. But there was seven people involved in the gang. Four of them were settled people, three were Travellers. What they did was horrible.”

Williams: “I would say it’s fair because…”

Williams: “The people who run the gang were Travellers and were and they were notorious for, they were specifically involved in dozens and dozens of robberies around the country. The Travelling community have a big, big problem and it’s clear, from talking to you that, you know, that you and you’re challenging me about the media and media perceptions and what we say about you. And it’s society’s fault and it’s the guards fault, and it’s everybody’s fault and – to a degree – it is society’s fault, to a degree. But it is also your fault, as a community and ethnic group, but when is the Travelling community really going to come out? When are they going to go up and march on the streets and say we want the drug dealers, the rapists, the people who are terrorising their own people, we want them fucked out?”

Watch I Am Traveller back in full here

‘I Will Be Proven Innocent’