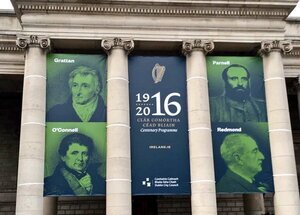 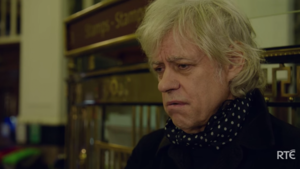 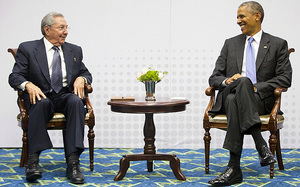 What ties Barack Obama’s visit to Cuba with the Easter Rising and Bob Geldof?

Empires are far from benevolent creations. Their natural instinct is to pillage, steal, oppress, torment and kill. As institutions of great power, they have no inclination to heed reasoned arguments put forward by those who wish to end or at least ease their apparatus of repression.

This is the obvious lesson taught by the history of empires, be they British, French, German, Belgian or American. Empires only treat subjugated peoples like human beings when they are forced to do so. Sometimes this comes from peaceful mass movements. More often than not, it comes from violent resistance.

Two events taking place thousands of miles apart – the Easter Rising centenary celebrations and Barack Obama’s visit to Cuba – reveal much about liberal attitudes to empire and the refusal to recognise these lessons.

A recurring theme in both cases is that of “reconciliation” – the idea that the conqueror and the conquered are moral equivalents, both of whom are deemed to have committed wrongs that should be set right.

This can be seen in recent media coverage of the US president’s visit to Cuba, which has been lauded as a “cooling of relations” between the two countries, as if the reality was anything other than one side subjecting the other to invasion and economic sabotage.

In this narrative, Cuba and the United States had a mutual falling out in the past and now they are starting to get along.

In the Irish scenario, the official line is that there was a peaceful alternative at the time that could have avoided the unnecessary violence of the Easter Rising and the War of Independence.

We did horrible things to gain our partial independence, so we need to be “mature” by displaying remorse for these actions and honouring on an equal level as the people who set out to establish Irish democracy the British soldiers who fought to crush it at birth.

In the case of Cuba, the supposed crimes of the socialist state are amplified in order to justify the creation of a blatant false equivalent.

Socialist Cuba is apparently a nasty dictatorship that imprisons its citizens on a mass scale, where the police run roughshod over human rights and where elections are rigged in the interests of an unaccountable and powerful elite. Unlike the US, obviously.

The treatment of political “dissidents” – most of whom receive funding from the CIA, as well as other agencies that are openly aggressive towards the socialist system – are routinely invoked by western media outlets to underline this point.

The Guardian this week uncritically quoted leading “dissident” Guillermo Fariñas on a story about the visit. It wasn’t mentioned that his first imprisonment was for beating a female health care worker, while his second term came after he attacked an elderly man.

In the article, he described Obama, a man whose drones have killed thousands of defenceless civilians, many of them children, and arms Apartheid Israel to the teeth, as “the principal defender of democracy in the world”.

This is not to mention the litany of crimes perpetrated against Cuba. Since 1959, the US has invaded Cuba, attempted to murder its president on hundreds of occasions and sabotaged its economy. America’s terrorist campaign against Cuba, which included the bombing of a passenger jet in 1976, has killed more than 3,000 people.

Using the visit to show that Manifest Destiny is still alive, Obama asserted America’s divine right to decide the internal affairs of other countries when he demanded that Cuba reforms its political and economic system.

The implication behind this is obvious; Cuba is the wrongdoer, not America; Cuba’s socialist system is the one that has to change, not America’s capitalist system; When the US and liberals call for “free elections”, what is actually meant is voting contests that occur every five years between superficial corporate-funded candidates; When they call for a “free media”, what they actually mean is a media controlled by a small number of oligarchs, like Rupert Murdoch or Denis O’Brien.

In Ireland, these double standards have emerged in the state’s official 1916 centenary celebrations, which have been widely derided for frantically attempting to airbrush the country’s anti-imperialist history from existence.

None of these figures had anything to do with the Rising or the democratic republican tradition that led it.

In fact, Redmond actively opposed the Rising, denouncing it as a German plot and was at the time goading tens of thousands of Irish to their senseless deaths on Western Front.

O’Connell, a rabid reactionary who opposed trade unions and fought against the mildest of restrictions on child labour, was harshly criticised by James Connolly in his seminal book Labour in Irish History. These are uncomfortable truths for Blueshirts.

The latest assault on history and the ideals of the 1916 revolutionaries has come in the form of a two-part RTÉ documentary written by Bob Geldof in which he contends that the Easter Rising “represents the birth of a pious, bitter and narrow-minded version of Ireland I couldn’t wait to escape”, while lauding IPP leader John Redmond as a “genius”.

Geldof’s arguments are reflective of a broader viewpoint prevalent among Irish liberals and conservatives, in which the role of British colonialism is painted as benign while Ireland’s national liberation movement is seen as something parochial, fanatical and undemocratic.

This view, often presented as the pinnacle of critical thought, sits comfortably with those like Geldof who prefer to genuflect to great power rather than challenge it. For them, Redmond is a safe symbol.

He was a sensible moderate who nicely asked the British for a mild form of Home Rule. That he opposed voting rights for women and enthusiastically cheered on the slaughter of 11 million people is beside the point.

Contrary to the claims of Geldof and others, the southern state is not the product of the Easter Rising or the revolution which followed, and it’s precisely for this reason that so much effort has been put into rewriting the history of this period.

The state that exists today is the product of a counter-revolution that began in 1922, which saw the Free State army crushing strikes, the rights of women shredded and the establishment of an oppressive Catholic theocracy.

During the revolution of 1916 – 1922, women were active agents of change, playing a key role in both the national liberation and labour movements. Under Free State rule, their position was one limited to child bearing and housework, a product of Catholic fanaticism. The modern Irish state exists in its current form despite the revolution – not because of it.

Reconciliation should not involve fawning over the British monarchy or pretending that there is a moral equivalent between James Connolly and the men who tied him to a chair and shot him to death.

True reconciliation would not be with the remnants of the British Empire, as fighting for independence is nothing to apologise for.

The only people who are owed an apology are those who have never been cherished equally as promised in the 1916 Proclamation.

An apology is owed to those who have suffered as a result of the counter-revolution and the regime that has run the state ever since; the thousands of homeless made to sleep on the streets lest they interfere with the profits of landlords and developers; the women forced to travel abroad to safely terminate unwanted pregnancies; the unbaptised children denied access to education by intolerant religious institutions; the low-paid workers denied union representation; those who are denied proper health care because of the size of their wallets; the refugees forced to live in direct provision; and the travelling community that endures structural racism and is pushed to the margins if Irish society.

These are the results of a rigid class system that has benefited the Irish regime and its supporters.

When James Connolly wrote in 1898 that revolutionaries “are ever idolised when dead, but crucified when living”, he could have added that their ideas are often killed and buried with them.

For it was a similar type of system that exists today in Ireland that Connolly, Roger Casement and Helena Moloney railed against 100 years ago.

It’s little wonder that their ideals are being killed and buried yet again.

We’re Sorry For Your Loss, Bob, But Would You Please Stop Talking About Girls’ Piss