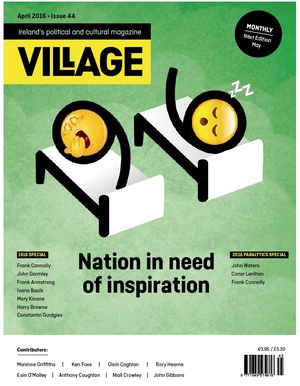 Village on the Seanad elections:

Village is a campaigning magazine. Two of its key agendas are equality and sustainability.
Two thoughtful and evidence-led champions of these issues are respectively Oisín Coghlan of Friends of the Earth and Rory Hearne of Tasc, standing for the Trinity and NUI panels.

…In the same spirit NUI voters might want to avoid voting for Michael McDowell (strangely
endorsed recently by LGBTI campaigner, Katherine Zappone TD, who – if she had any interest
in Equality would know better)…

….Just one of the three outgoing NUI senators, Ronan Mullen, is seeking reelection. The other two, Fergal Quinn and John Crown, are not running again.

Current Trinity Senators, Prof Ivana Bacik, David Norris and Prof Sean Barrett are all standing again in this election. Norris, a long-term campaigner on progressive issues, is the longest-serving senator on the panel, while Bacik is Reid Professor of Criminal Law in the Law School, and a former TCDSU President.

She is a solid and excellent candidate with an unimpeachable record on both equality and the environment; and she is a generous contributor to Village…

Village Vs The State

16 thoughts on “Anything Good In Village?”