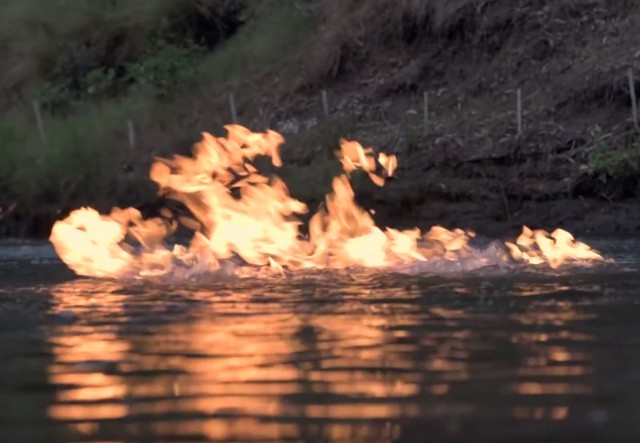 A video posted on the Facebook page of NSW Green MP Jeremy Buckingham (which has since gone viral). To wit:

Gas explodes from Australian river near fracking site. I was shocked by force of the explosion when I tested whether gas boiling through the Condamine River, Qld was flammable. So much gas is bubbling through the river that it held a huge flame. There has been concern that fracking and extraction of coal seam gas could cause gas to migrate through the rock. Not only is it polluting the river and air, but methane is an extremely potent heat trapping gas. Fugitive emissions from the unconventional gas industry could be a major contributor to climate change and make gas as dirty as burning coal.

A Brief History Of The User Interface