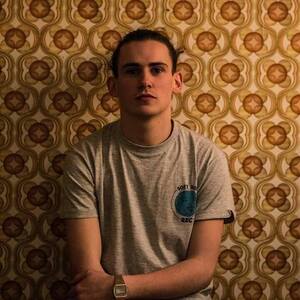 1. We’ve been sleeping on Kojaque. A confessional, Dublin-accented patter is married to polished, jazzy self-production.

2. Garnered attention online last year from the likes of Noisey, for the video to single Midnight Flower, in which he rhymes for over three minutes with his head underwater.

3. Streaming above is his recently-released Sunday Roast mixtape in its entirety. It’s also available for download here, via his own Soft Boy Records.

4. Next appearing at Mother’s inaugural YESTIVAL on May 21 at the Tivoli, Francis Street, Dublin, a fest marking the first anniversary of the marriage equality vote. Also confirmed are Peaches (!), the Rubberbandits and Sugar Rush (girlband/supergroup featuring Panti) among others.

Verdict: Capable of vitriolic outbursts and noise, but more given to cool, cracked-leather holdings of court, suited to his more subdued sonics.