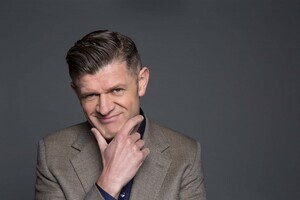 Brendan O’Connor will join Ryan Tubridy on the Late Late couch to talk about his imminent return to RTÉ television. He’ll be chatting about his physical transformation, his family life and his recent “baptism” into ice swimming. And he’ll be giving us his frank take on current events.

With the Labour leadership up for grabs, we’ll hear from current deputy leader Alan Kelly on his political ambitions now that the dust has settled on the party’s disastrous general election…

42 thoughts on “Staying In Tomorrow Night?”