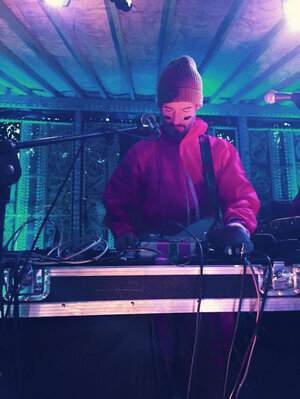 SlowPlaceLikeHome – playing the Workman’s with Bantum and Carriages next month

01. The nom-de-beats of Donegal man Keith Mannion, SlowPlaceLikeHome brings forth electronica of various shades in an eclectic, yet accessible manner.

02. Having done the rounds of Irish festivals a few times, he’s also trod stages in support of Squarepusher, Glass Animals and Pantha Du Prince among others.

03. Streaming above in its entirety is Romola, Mannion’s most recent album under the moniker. For a taste of a full-band live show, check out their live performance of She Comes in Colour Stereo from St. Anne’s Church.

04. Next appearing live at the Workman’s Club on July 9, as part of a Dolittle-curated series of nights highlighting Irish artists at the venue. Also appearing are Carriages and former YMLT featuree Bantum.

Verdict: A broad range of sounds and moods, from atmospheric, post-rock-inflected moments to synthy bangers. Last year’s full-length was a bit of an unsung gem.