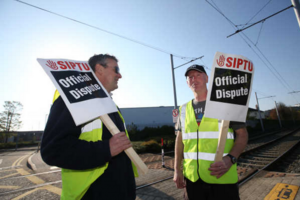 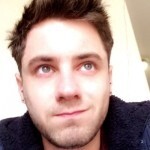 If you landed on planet earth last week for the very first time and picked up a newspaper, you might be inclined to think that the workers who operate the LUAS trams were responsible for the economic woes of the entire country.

The vitriol, of which they’ve been on the receiving end, has ticked almost all of the boxes.

There have been calls from respected, supposedly middle-of-the-road journalists to take a leaf from Ronald Reagan’s book and simply ‘sack them all’ or ‘bring in the army to drive the trams’ while the entire business community has been rolled out to accuse them of putting a nation’s economic recovery at risk.

I’m not going to get into a back and forth about the legitimacy of the pay claim lodged by SIPTU, on behalf of the drivers.

I believe in fruitful industrial relations processes that lead to compromise and which avoid strike action 99% of the time.

Their starting point of seeking increases of up to 52% has received much criticism.

None of this of course is nuanced or considerate of the fact that these claims are usually inclusive of other terms of employment, such as pay levels for new entrants and access to maternity leave.

Everyone has become an industrial relations correspondent over the last few months. Everyone has an opinion on just how much a LUAS driver is entitled to earn, the level of skill required to operate a tram and the gross unfairness of the situation, relative to the earnings of doctors, nurses and the Gardai.

Of course given the accelerated nature of discourse, particularly on Twitter and Facebook, everyone feels that their opinion should count for something.

Somewhat oddly, I don’t recall the same people standing up for the pay of Gardaí and nurses when it was on the chopping board in 2010.

Of course, if Transdev had any interest from the beginning in entering a fruitful industrial relations process, the public would have continued with their lives largely unaware of anything.

Negotiations involve both sides getting to ‘Yes’. These conversations belong at a negotiating table (with a mediator if needs be).

They do not belong on the airwaves, in the newspapers or on Twitter.

Unfortunately, this transnational company (which has a turnover of €Bns) never had any interest in entertaining a fruitful industrial relations process.

Instead, they opted to side-step our weak legislation on workers’ rights and collective bargaining, threw the baby out of the bathwater and commenced a media war instead – knowing full well that once they did that, the rest would inevitably look after itself.

When it comes to playing out a media war, some will point out that Union spokespeople get invited onto the airwaves to give their side of the story.

Others will point at out that the narrative has to be fair to commuters who have been affected by the dispute.

There is an element of truth to both of these notions – just an element. Unfortunately throughout this whole saga, voices in support of the dispute appear against a primary definition of the issue by the employer, someone from the Dublin Chamber, IBEC etc.

Suggesting that the coverage of the dispute has been fair to both sides is like saying a schoolyard fight between four bullies and one victim is acceptable grounds for a scrap, purely because the victim has a pair of fists.

It is hard to find one LUAS related story that does not frame it as a disruption to commuters. We’ve all heard at this stage about how the drivers are ‘holding commuters to ransom’.

This amounts to gross hyperbole.

All you have to do, to see through this tripe, is look at two simple statistics; Ireland is terrible at strategic public transport. One quarter of people who use public transport in Ireland use it for travelling to college or work – this is the second lowest usage in the EU.

Further to this, the LUAS lines make up for about 20% of Dublin’s daily commuters. People found ways in and out of the city before the LUAS existed and strike days are always accompanied by sufficient notice to make alternative arrangements.

So sorry, Sean, from the Aran Islands, no one is holding you to ransom.

Naturally, it has never been factored into the media’s framing of the dispute that 52% was actually a starting point for negotiations.

Imagine your Union representative’s starting point being the compromised position? Set your sights that low and you’ll never be disappointed. The media also opted to omit the fact that we have pretty regressive laws when it comes to collective bargaining and trade union recognition.

Under more robust laws, employers would be obliged to sit down and talk, regardless of what the employees’ starting point for talks is. So before you go off on one and say how you’ve read all the facts, it is worth bearing in mind that what the media chooses not to highlight is often as, if not more important, to the narrative.

Most of the media outlets used to carry industrial relations correspondents. Most disputes are now under the banner of ‘business and industry’.

No profit-driven news outlet is going to upset their advertisers by running an information campaign about how the right to strike is sacrosanct and a pillar of any democratic society. So perhaps it is not all that surprising that a lot of commentary has a smell of fascism off it.

One of the great illusions of our day is that it is natural for people to think that the media reflects the general will of society at large. Nothing could be further from the truth.

Yes, we have some excellent journalists and I don’t want to tar them all with the same brush but ultimately, the entire media spectrum is dominated by consumer interests.

You’d be forgiven for thinking that Brexit is almost entirely an economic issue, given that it seems to only be the place of finance and business interests to comment.

On everything from decent work to housing provision, those who seek to extract as much profit from society as possible get to define the issue. Alternative voices exist but ultimately, the weighting is so heavy against them that they become lost.

Some would argue that, regardless of how skewed the narrative is, media doesn’t possess the power to control what we think. Of course it doesn’t. I’m not suggesting that.

However, it’s naïve to look at the economics of media ownership and to think that it doesn’t cultivate how we think. The parameters for which debate can take place are shaped and perhaps the biggest mark of naivety of all is to think that the interests of consumer media and a transnational corporation are aligned with those of society at large.

This is how soft power works and while this is certainly at the extreme end of things, this is how the vast majority of transport disputes are framed. Before a member of the picket line could even get a word in edgeways, the consumer media kicked into gear and did what it always does.

What resulted was a chilling effect on solidarity and a level of dehumanisation that no cohort of workers should ever have to go through.

Unfortunately, opinion polls that are only ever going to get one answer are plentiful and this is what outlets consider journalism, rather than meaningful contributions to this saga such as distinguishing between a starting salary and the top end of a scale.

I suppose the latter doesn’t sell papers or gather clicks.

As of this morning, parties that seek to court the union man/woman’s vote that have come out in support of the Luas workers are Sinn Féin, AAA-PBP and most recently, the Social Democrats.

The silence from ‘Connolly’s party’ is absolutely damning in the wake of them latching on to his legacy once more but, at this stage, it is not surprising.

Attempts are now being made by those who have no time for workers’ rights campaigns to apply selective solidarity to trade disputes, suggesting that the Tesco workers are worthy of our sympathies but the Luas drivers are not.

This could soon become a political question for the trade unions and workers nationwide.

93 thoughts on “Between The Lines”