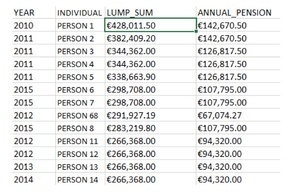 A TOTAL of 66 former public servants has received lump sum payments worth in excess of €200,000 over the past five years.

That includes one individual who received a golden handshake worth an incredible €428,000 and another who was paid out €382,000 from state coffers.

In all, 142 people – including departmental secretaries general and other former public servants – received lump sums worth more than €160,000, at a total cost to the state of €28.8 million.

When Was The Last Time You Got A Pay Rise? 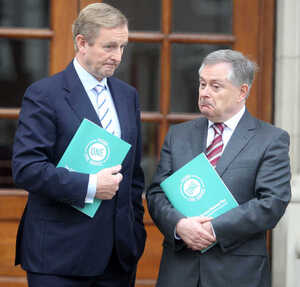