The beshtest column in the whole wide world.

I’m no expert, but sur’ when did that ever stop me talking about stuff here, so let me bring ye back a few weeks when I gave a bitta’ve shout out to The Wine Show.

For anyone who didn’t follow up; this is a new bloke’ish style Wine show in the ITV Saturday tea-time slot (ITV4 on Sundays.) I say blokes, since the two pretty faces are the Matthews’ Rhys and Goode.

It starts like this, Matthew (had a good flirty part in The Good Wife btw) Goode’s voice-over purrs like a Bond: “Wine is made all over the world and enjoyed by millions but still a mystery to many” first part yeah, tis. But a mystery?

Ara’ I dunno, like maybe in so far as its pricing is eff’all use as a guide to the buyer. Sussing out a bottle of wine hardly compares to sussing out a 5 year old Ford Focus Automatic with 50K on the clock and leather interior.

Other than that, wine is anything but mysterious, and it is also probably the most democratic of beverages, everyone can enjoy it and affordability is not an indicator of standard or quality. Personal taste maybe.

The Matties’ Goode and Rhys sup wine and sway lines in a swagger style that is so polished, and yes, endearing, that their years of supper parties and picnics have stood by them, and at the top of the class is who they gently refer to as Obi Wine Kenobi, Mr Joe Fattorini, who is like a favourite geography teacher setting homework and mentoring his two pets while he teaches them how to map the vineyards of Italy.

But to give them all their fair due like, of the show’s presenters and guests (so far), there hasn’t been any slurping, sloshing, or spitting. My kinda wine tasting..

The show is based from a Villa in Tuscany, from which “our team of wine experts have travelled to 11 countries on 5 continents to bring the best and more interesting wines” back to.

Here’s where I step in now lads. The show is sponsored by Aldi.

So while the two bhoys are snottily supping big backstory wines from Muldova to Napa, and far too busy and what-notty for the type of bottles that the likes of me reach for, I will be reviewing, and totally for your benefit btw, three Aldi wines all the way from the Long Mile Road.

I need to clarify a few things first. I’m no expert, but I do like a drink. 95% of the time I only buy Spanish wine, but would be tempted if the Sancerre is on special offer and has the special one week only 25% off for 6.

My consumption in Rosé:Red: White terms would be reasonably accurate with a 60:30:10 statement.

Yes, I drink Rosé and the pinker and plumpier the better, Seve Ballesteros pink. I’ve even gone and hosted a Rosé Wine Tasting night. (But that’s for another Friday.)

Red: It has to bloody and bold. A Carménère should strut down your gullet like a prize Bull, and fill you up. It should stain the glass. French and Italians just don’t make it, and I don’t care how Classico your Chianti is Mr Fattorini the experience compares well to a Rioja mixed with water in accordance with Miwadi’s recommended measures.

White: Meh; salad food. Crispie, clear, and ideally with a bittve’ a ting to the afterwards. Something that tastes like it’s good for you. Don’t get me wrong, I’m not that much of a stickler that I would refuse a glass. Well. I tell a lie. I wouldn’t touch Chardonnay, even if Mattie Rhys asked me to lick it off his beard. And let me tell ye he has the sweetest of Welsh twinkles in his accent; the kind that you’d have to stay well clear of; a real proper taffy daffie Celtish charmer.

Something else, I don’t like wine to be too chilled that the bottle starts to form a puddle. Cool to the touch. That’s enough. My red needs to be room temperature or maybe a tick or so above.

The Test Section Process: All three were off the same shelf and all three have the same price tag; €8.99, and the same year, 2015. 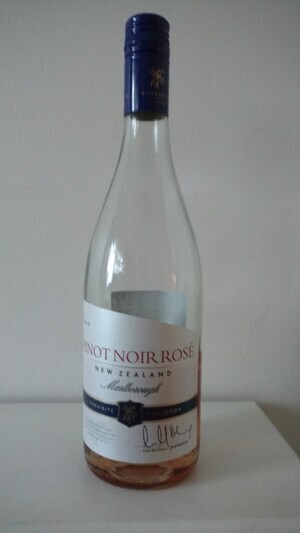 If I was blind it would have passed for a white, but at €8.99 it’s harmless, it doesn’t even swallow like a 13%. It would be one for the back garden, or balcony, with some strawberries and rasas or a B&H. The fact that it’s not Spanish definitely hurts it in the colour and sniff outcome, but I’ve tasted worse Spanish ones. Mattie Marks 4.5/10. Tescos Revero for €3.99 bates it into the Christy Ring Cup Division. 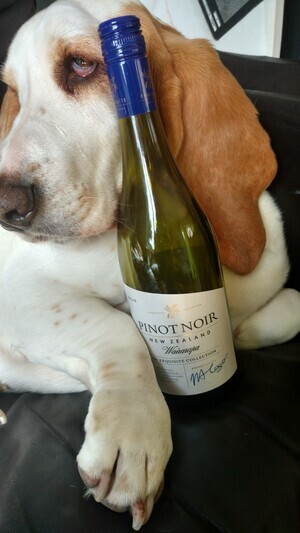 It had a watery texture and look, way more than I like but it wasn’t annoying oddly enough. I poured straight from the bottle that didn’t help the first glass.
There was a rocket salad scratch and sniff about it which makes me suggest it might be a good lunch time partner to a grilled Mackerel. It’s definitely not main meal stuff, unless of course you have yours in the middle of the day.
I started this bottle deciding that it could have done with warming up but the second glass was worth the wait. There was a soft soap aroma inside the second glass that I just couldn’t put my finger on, but I did picture Avon’s Lily of the Valley Talc and Bluebells. I suggest if this was to be tried out again a good 6 hour long pour decant would enhance its potential.

Mattie Marks 5/10. I’d take it or leave it. Tesco did 6 x Sangre de Toro Garnancha 2014 (imported by Findlaters) for forty yoyos recently. So to be fair, it didn’t really stand a chance. 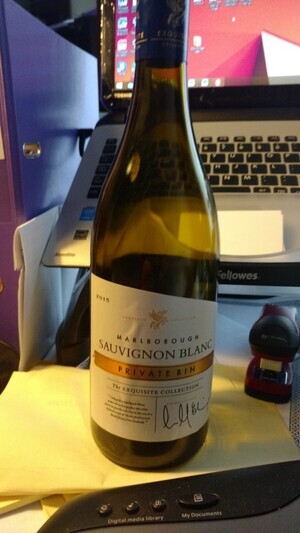 3. White: Marlborough Sauvignon Blanc with “Private Bin” particularly bannered, another Kiwi but this is an All Black. 13.5%

Again and Again and Again. The best white wine I’ve tasted since an organic Verdejo, in Spain a few years back, the cork is still around the house it was that special. I can’t recommend this Aldi wine highly enough. It is competent enough to stand on its own in front of the telly, or simply with some smoked salmon or fruit salad, but it also has the cop on to step down and work alongside a steamy gooey bowl of Frilly’s Creamy Chicken Pesto. Don’t be afraid to offer it to guests or to get a half a dozen.

So there lads. Mr Frattorini, and the Matties; I’ve done yere job for ye. Feel free to sashay me out to Tuscany to change my mind about Italian wine.

95 thoughts on “Frilly’s Gone Back On The Wine”