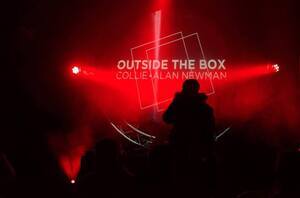 01. Dublin beatmaker and video editor Alan Newman has been plugging away across numerous solo and collaborative ventures.

02. The Boss Level Series man just released Outside the Box, a new collaborative LP with Collie, following up similar efforts with Funzo and Raphtor. Available on iTunes now.

04. More collab efforts are planned throughout the year. Next month sees 7even Days’ Work released with KidAntics, August sees Friendly Fire out with Row-B and a returning Raphtor, while the autumn sees collabs with Siyo and Row-B.

Verdict: One of Ireland’s most productive beatsmiths at present, Newman is holding his own with an expanding range of collaborators.