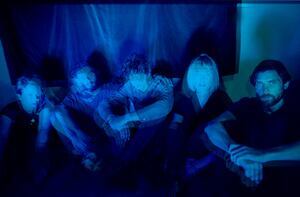 The Altered Hours – playing the Workman’s Club next month

01. Cork-based psych-rock five-piece The Altered Hours have been in fine form as of late, with their debut album and extensive UK/European touring meeting critical acclaim.

02. The band’s early days were characterised by an ever-changing line-up and explorations of folk and psychedelia, with subsequent releases taking in forays into post-punk and shoegaze.

03. Streaming in its entirety above is said debut album, In Heat/Not Sorry. It’s a lot more focused than we’ve heard from the band prior, while retaining their more eclectic elements.

04. Appearing next on June 24th at the Workman’s Club in Dublin as part of the Wellington Weekender, alongside Cian Nugent, Toby Kaar, the Word Up Collective, and others.

Verdict: One of the best bands in the country right now. See them live in an intimate setting now, while you’re able.