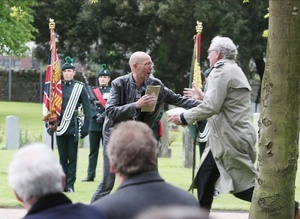 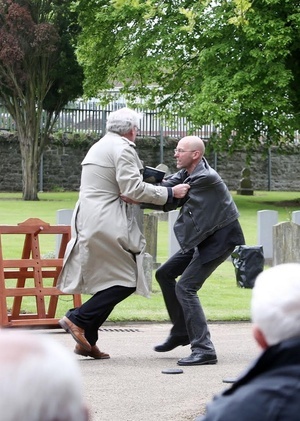 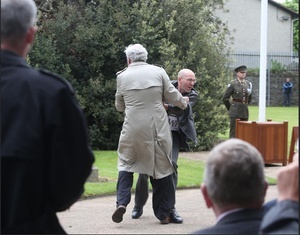 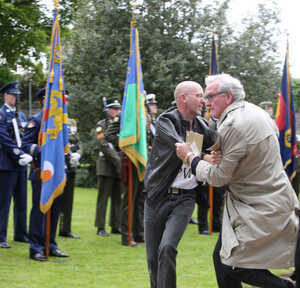 A protestor apprehended by have-a-go Canadian Ambassador to Ireland Kevin Vickers, a former Mountie, at the State Ceremonial event to remember the British soldiers who died during the Easter Rising, 1916.

Grangegorman Military Cemetery is where many of the soldiers are buried.

Vickers has some form. 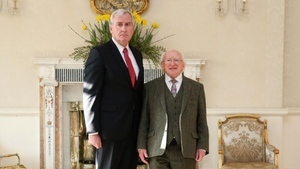 Kevin Vickers and President Higgins at his investiture as Canadian Ambassador to Ireland last year. 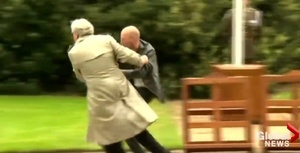 Quick, before it gets taken down because of multiple copyright infringements!

Dazed In The Hood

125 thoughts on “We Will Remember Them”