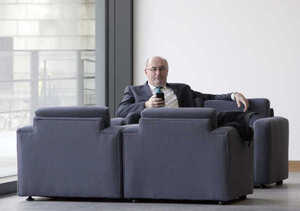 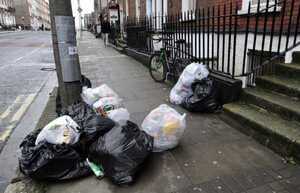 He didn’t just give us water.

The last government chose to maintain a fully privatised waste collection system, despite an internal report outlining the benefits of an alternative that could have involved less cost for homeowners.

Documents from the Department of the Environment, which have been seen by The Times, show that a system involving franchises for each local authority area was found to be more likely to deliver savings to customers four years ago and could have been introduced.

The model, known as “franchise bidding” would still have involved private companies, but they would have had to compete to win fixed tenders for each area in a policy change that would have given the state significant control over the process.

…Despite the report’s conclusion the Fine Gael-Labour coalition ultimately backed the recommendation of the Department of Environment that it should maintain the existing structure when moving to the new pay-by-weight system, due to be introduced on July 1.

The decision, ultimately signed off by Phil Hogan, the then environment minister, allows private waste collection firms to continue competing for services in the same areas and included plans for stronger regulation.

The new pay-by-weight system has provoked controversy as private companies signalled price hikes for customers ahead of the launch date.

…The decision not to opt for franchise bidding was made following outright opposition by members of the Irish Waste Management Association, which includes companies like Greenstar, Thorntons and Panda, to the franchise bidding model.

The analysis said the non-franchise Irish system of waste collection, which lets private firms compete for business, was “somewhat unique”, noting that its continuation with some extra regulation would “create a unique system of waste management in which the role of the private sector is central.”

“The near wholesale withdrawal of local authorities and the corresponding growth in the role of the private sector was not a policy goal and was not fully anticipated,” it said.

Private firms now collect 98 per cent of all household waste in a market estimated to be worth at least €250 million annually.

True Crime In Your Area

25 thoughts on “Another Phil Mess”