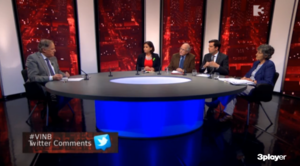 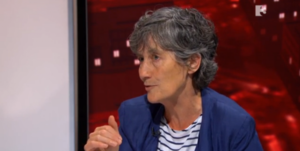 During the debate, this is what Ms Connolly said:

“I thought I’d reached an age where I wasn’t shocked. But to see Peter Sutherland saying that, ‘we must find a way to rerun this referendum’ or to see Tony Blair come out saying, ‘it has to be rerun’ actually has shocked me. I thought I was beyond shocked.

Number two, like Anthony [Coughlan]. I didn’t think this Brexit was going to win, certainly after the murder of Jo Cox – I didn’t think. So I woke up to the result on Friday morning.”

“I cannot believe what the establishment have done prior to Brexit, during Brexit and after Brexit.

I’m absolutely full of admiration for the English people who have stood up to a terrible bullying campaign. I would have no truck with anti-racism [sic], nor the famous poster with refugees, I abhor it and I appall it.

But to judge the 17 million people who voted for Brexit in that manner does the person who says that no service and does the people no service.”

They stood up and said ‘We see the EU for what it is’ or, at least, that’s what I’m taking out of it. Is it the start of a new dawn? I do not think so.

But I think it’s the first step in exposing the EU.

“I think it’s exposed again now and I think it’s open for us to grab that opportunity and not let the Right have the narrative or tell the story. It’s up to us to grasp it.

How could you possibly say that the EU is good, as it stands when we have a country where we have to get permission to build homes for our people – that came out recently the committee, that we have to get permission to fiddle with the fiscal treaty to get money, how can we possibly say that this EU is a social EU that allows 10,000 minors, unaccompanied minors go missing in Europe and we haven’t had one single urgent debate at EU level in relation to that.

There are good, there are good articles in it like the one I quoted in the Dáil that all democratic decisions should be made as near as possible to the citizen. That’s the dream. The reality is we have taken power repeatedly from local politicians, just as one example, so I would love if someone took this [the Lisbon Treaty] away, that was able to study it better than me and show us the way forward to bring out the social Europe.”

“But I think it’s dominated by clauses that have a neoliberal agenda and dominated by the militarisation of Europe.

Earlier: A Choice Between Two Sides Of The Same Dismal Coin 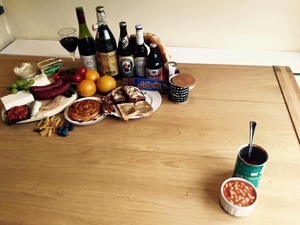 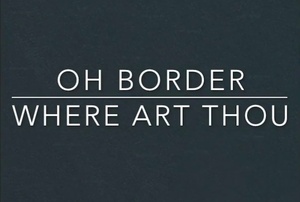 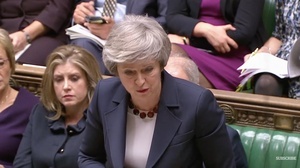 Meanwhile, In The House Of Commons