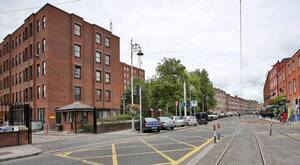 Mick Wallace: “What does the Taoiseach think of the National Asset Management Agency, NAMA, complaining to the Standards in Public Office Commission, SIPO, in March 2016 about Frank Cushnahan, given that it knew in March 2014 that this gentleman was in line for a backhander of £5 million?”

Ceann Comhairle Seán Ó Fearghaíl: “Deputy, please, do not make allegations against somebody outside the House. It is not in order.”

Wallace: “Given that Ronnie Hanna was arrested in May 2016, can we expect NAMA to complain about him in May 2018? Aside from Frank Cushnahan, the arrest of Ronnie Hanna has brought Project Eagle back home to Dublin, yet the Government wants to bury its head in the sand.”

“It is more than a year since I first gave the Garda the name of an individual who paid €15,000 in a bag in order to get favourable treatment from NAMA as well as the name of the NAMA employee who was taking the money. There was denial all around as usual. However, the man receiving the money has since been arrested on a different charge. Meanwhile, the guy who paid the bribe is doing well for himself; there is not a bother on him. Such is business in Ireland.”

“The investment fund, Hibernia REIT, is taking a court action to have An Garda Síochána removed from Harcourt Street station. These buildings were in NAMA and they are probably the most important buildings in the country for the Garda. The command and control centre for the whole of Ireland is based there. Moving and scattering this technical centre to the four winds will undermine the workings of the Garda.”

“Will the Taoiseach explain why NAMA was allowed to sell this site to a vulture fund rather than keep it in State ownership? Hibernia REIT, which now owns the site, was set up by a guy who was a big player in NAMA where he was a portfolio manager for three years.”

“When he joined the agency, he moved his 30% shareholding in his father’s company to an offshore trust. Did he declare that to NAMA? The same company then benefitted from some lucrative work from the agency. He left NAMA in December 2012 and used his insider knowledge regarding the agency’s assets to line up investment funds that would provide the finance for the new company, Hibernia REIT, which he manages.”

“It would not require forensic examination to discover that Hibernia REIT did remarkably well in purchasing former NAMA assets, many of which this gentleman was involved with, but then that is how we do business in Ireland.”

“Does the Taoiseach not think that the public interest would be best served if we examined the complete workings of NAMA? At this stage the majority of people in Ireland believe NAMA is rotten to the core.”

Enda Kenny: “It is not the first time Deputy Wallace has raised a matter in respect of NAMA, which is a matter of public interest. As I said before on quite a number of occasions, the advice given to me by the authorities is that this loan portfolio was sold following an open process to the highest bidder.”

“On the questions of allegations against certain individuals in Northern Ireland, NAMA paid no moneys to any party on this loan sale against whom allegations of wrongdoing are now being made and, as I said before, if somebody has evidence, they should bring that to the authorities.”

“I am also aware that two individuals that the Deputy mentioned were held for questioning in respect of the UK National Crime Agency, NCA, investigation into the Northern Ireland assets owned by NAMA and I am advised that the NCA has confirmed to NAMA that no aspect of the agency’s activities are under investigation.”

“I welcomed this previously, as did the Minister for Finance. These allegations are serious and, clearly, they have to be, and are being, investigated in that jurisdiction. Taking into account the investigations that are under way, the Minister for Finance has a view that no specific line of inquiry here can stand up and be usefully pursued by a commission of investigation. Many allegations have been made.”

“The Deputy mentioned before the issue that he raised. These are specific allegations of wrongdoing. If there are ones that are not being investigated, obviously they should be brought to the attention of the Garda and the authorities. If this is an issue that is appropriate to a commission of investigation, we need more details on what the Deputy has there and in the absence of such specific allegations, it is right and proper that the appropriate authorities should have the time and space required to compete their investigations.”

“The Deputy has raised the issue of the Garda station in Harcourt Street. I am aware of the situation there in so far as their being asked to move out is concerned. I think there is an objection lodged to that. Obviously, investigations, as I said, are going on in the Northern Ireland jurisdiction as well.”

“The Comptroller and Auditor General is required, under section 226 of the NAMA Act, to produce a report every three years – that office is a completely independent body – assessing the extent to which NAMA has made progress towards achieving its overall objective.”

Kenny: “The Comptroller and Auditor General has indicated that he intends to issue a report, under section 11 of the Comptroller and Auditor General Act, following this review of Project Eagle, and that is consistent with his powers to investigate, scrutinise and report independently on any aspect of NAMA’s work which may arise through its annual audits or special reports about any aspect of NAMA’s work.”

“I assume if Deputy Wallace is raising a new issue on the basis of a new allegation, I am sure he will transmit that to the Garda or the authorities as well.”

Ó Fearghaíl: “Before I bring in Deputy Wallace, I wish to say that he has raised, as the Taoiseach acknowledged, a matter of major public importance, but having regard to the Standing Orders of the House, I ask him please, notwithstanding the fact he has named individuals today and in the past, not to name individuals so as to be in compliance with Standing Orders, and not to refer to an individual in such a way as to make him or her identifiable“.

Wallace: “That is probably the worst answer the Taoiseach has ever given me in the House in relation to NAMA. He did not answer any of the questions I asked him. I never mentioned the words “Project Eagle”. I am tired talking about that in here. ”

“On that, the Taoiseach has made the point that there is no investigation into the workings of NAMA, even around that or anything else. It is blatantly obvious that the one jurisdiction where some investigation of a serious nature should be going on is the one that does not have one, and that is us. We do not want to know, or the Taoiseach does not want to know. I can understand why he does not want to know. As a matter of interest, how come no one can ever answer the question as to why NAMA never reported the fact this individual was in line for a €5 million backhander? Why, under section 19 of the Criminal Justice Act, did it not report it? Why did the Minister for Finance not report it?”

Wallace: “Will the Taoiseach answer my question? Why did NAMA sell Harcourt Street station to a vulture fund rather than keep it in State ownership? Has it anything to do with the fact that people, who were insiders, were going to benefit from it?”

Wallace: “It is just ridiculous. It is outrageous to say that no allegations have been made against NAMA in Dublin. There are bucketfuls of them. Somebody is eventually going to have to deal with it. Why will the Taoiseach not deal with it before he is gone? Otherwise it will be on his legacy that he did not want…”

Ó Fearghaíl: “Thank you, Deputy. Your time is up.”

Wallace: “…accountability or transparency around this State body.”

Kenny: “I do not accept Deputy Wallace’s assertion at all that there are people in government who do not want to know. He made a allegation. He asked me why Harcourt Street station was sold to a vulture fund. I will find out the answer for him. He made other allegations that are of a serious nature. I am quite sure he will bring them to the authorities.”

Wallace: “The Garda knows about them.”

Kenny: “I am sure that the Deputy also accepts that the Comptroller and Auditor General’s office is completely independent and it is looking at Project Eagle…”

Kenny: “…and if there is any issue in respect of an allegation being made about an individual or an entity, the Comptroller and Auditor General is perfectly entitled to…”

Kenny: “Yes, he is. He is perfectly entitled to investigate that completely independently. There are a lot of rumours going around and a lot of speculation and allegations. If the Deputy has evidence, I would be the first to say to him that this will be treated seriously, as it has been in a number of other areas where commissions have been involved.”

“Claims made by Deputy Wallace about Hibernia REIT are ill-informed, inaccurate and without foundation.

Hibernia REIT is an Irish listed and regulated public company that is investing in Ireland for the long term.

It is disappointing that Deputy Wallace has used the protection of Dail privilege to make a range of untrue allegations.”

54 thoughts on “‘This Is How We Do Business In Ireland’”