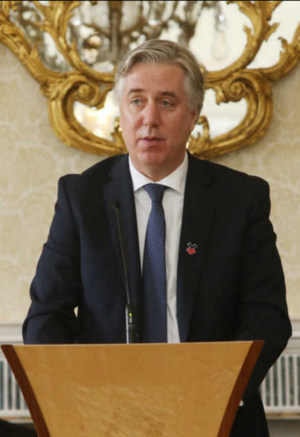 John Delaney, the chief executive of FAI, fielded questions at Sport Ireland’s announcement of Government grants to sporting organisations for the year.

Readers may recall how, in January, the FAI held a press conference about its 2016-2020 strategic plan and only invited representatives from their “media partners” to the launch – those from RTÉ and independent.ie.

This morning, The Irish Times reports:

“Denis’s contribution is invaluable to the reappointment of Martin O’Neill and the management team. Without his contribution it just wouldn’t be possible. The association is more than grateful,” said Delaney.

“Denis has always been a great supporter of Irish football – not only, by the way, in the international team appointment but he was also very helpful in achieving our new finance reduction of €10 million. His company Island Capital were central to our discussions with our new finance partner.”

…It was put to Delaney that the debt has not dropped by any significant amount year on year.

Much of that reduction was write downs?