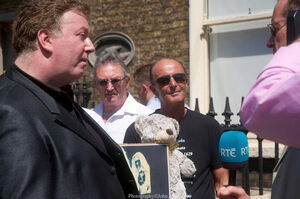 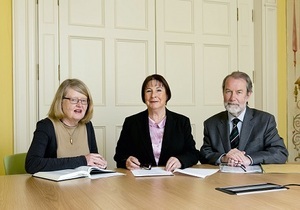 The Government has selected 14 institutions to be examined as part of the current inquiry into Mother and Baby Homes which is due to completed by February, 2018.

The Coalition of Mother and Baby Home Survivors (CMABS) say this will exclude up to two-thirds of victims.

Since the beginning of this year several well known survivors and campaigners including friends of mine, have passed away.

Comrades like Victor Stephenson and Helen Donegan who never saw justice in this life.

Our survivor community is elderly and the active community online are a tiny percentage of our overall numbers which are about 70,000 to 80,000.

So for every crib mate we see passing away, we know hundreds more are dying.

Thousands of us will die from the time the Tuam 800 broke in May 2014, until a future Taoiseach stands in the Dáil and apologises and then announces yet another delay of several months while yet another Judge ‘investigates’ the issue of redress.

Since the foundation of our State, about 90,000 single women and girls have lost their babies and children to forced separation and forced adoption.

The rest were in a variety of places including the 27 County Homes (old Victorian Workhouses) and they will be more or less included in this Inquiry although not even close to satisfactorily.

The list of who and where is not being investigated is probably tops 400 or 500. It includes public Maternity hospitals such as Holles Street and the Rotunda who treated single girls very differently from ‘respectable’ married women.

Single mums were denied painkilling drugs to punish them for the ‘sin’ of pregnancy outside of marriage: their babies were spirited out of the hospitals and dumped into ‘Holding Centres’ such as Temple Hill in Blackrock in south county Dublin where several thousand were held over its life time. The Holding Centers themselves are also excluded.

Mums and babies born in one of the 250 – 300 private Nursing Homes dotted around the country will also be excluded. While many Nursing Homes didn’t accept pregnant women, a sizeable proportion of them did and some were veritable dens of criminals selling and trafficking babies, forging birth and baptism certs and getting rich on the proceeds of crime.

Nevertheless the victims there are also excluded.

My friend Theresa Hiney founded ‘Adopted Illegally Ireland’ in 2008 and is still fighting for truth and justice.

Theresa is personally shut out of the Inquiry and my heart breaks for her and the thousands of illegally adopted people in Ireland often unaware they are even adopted and unwittingly risking their lives and the lives of their children by passing on false medical histories to the Doctors and hospitals.

All the 1000s of survivors shut out in the cold have been denied the basic civil right of ‘Legal Remedy’.

The Gardaí can’t touch their cases as they are statute barred and the same time limit applies to civil cases. Innocent babies bought and sold like livestock in the past are now being re-victimised by their own state and this Inquiry, who are denying an elderly and dying survivor community their very last chance for Legal Remedy and Justice in this life.

The Government’s current position is that they cannot interfere with the Inquiry and it’s the duty of the Inquiry to request it’s terms of reference be expanded ‘in the public interest’.

Meanwhile the Inquiry keeps survivor groups at arm’s length, listens carefully, stalls, refuses to give straight answers and to all of us clearly has no intention of recommending to the Minister for Children that it’s remit should be expanded.

CMABS has offered the Inquiry a low cost and speedy method to include all survivors but this has been ignored.

In Northern Ireland an equivalent Inquiry is underway. Sir Anthony Harte has fought to expand it’s remit and has succeeded; he has urged the Government to consider immediate interim redress payments to survivors. The HIA inquiry is making the south of Ireland look ridiculous, penny pinching and mean spirited.

The Coalition of Mother And Baby home Survivors (CMABS) is an umbrella group consisting of: Adoption Rights Now; The Bethany Home Survivors: Beyond Adoption Ireland: Adopted Illegally Ireland: The Castlepollard Mother & Baby home group, and in equal partnership with: Survivors And Victims of Institutional Abuse (SAVIA), and backed by The Adoption Coalition Worldwide.

Our motto is: “No one gets left behind and we mean it”.

They are by far the largest representative voice for our community and they held a protest yesterday with survivors coming from across the country. We lodged a formal complaint to the Inquiry

CMABS is also seeking a pro bono legal team to challenge the continued exclusion and discrimination against an elderly survivor community who are dying by the hundreds and thousands every year.

How many more of us will join our crib mates in cold graves while this Inquiry drags on and the Government hides behind it?

CMABS demands not only full inclusion but an immediate Acknowledgment, Apology and Redress from this Government while there is still time.

It seems Government policy in the centenary year of the 1916 Uprising is to stall while we die  so this Government can “fumble in a greasy till and add the halfpence to the pence”.

Yesterday: Running Out The Clock

4 thoughts on “‘They Exclude And Stall While We Die’”