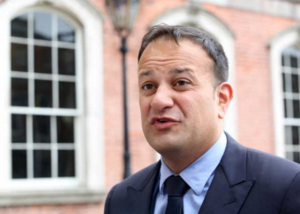 Social Protection Minister Leo Varadkar has expressed his frustration at being constantly linked with the leadership of Fine Gael….

Speaking this morning at an event at Dublin Castle, Mr Varadkar denied his plan to radically overhaul the social welfare system is part of his bid to succeed Taoiseach Enda Kenny, who will not lead the party into the next General Election.

“No matter what I say or do for the past six months, some people are linking [me] to the leadership of Fine Gael…I am just waiting on the day when I sit on the toilet and some commentator somewhere decides that is part of some strategy.”

Varadkar ‘waiting on the day I sit on toilet and someone says it’s part of a leadership strategy’ (Daniel McConnell, Breakingnews)

Astride The World Stage