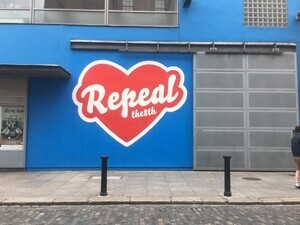 If you haven’t got your pic with the @MaserArt #RepealThe8th mural @projectarts yet, hurry up.. it’s coming down at 12

This week, a mural on the wall of the Project Arts Centre in Temple Bar, with the slogan ‘Repeal the 8th’ has attracted some controversy.

The artwork, offending or otherwise, was commissioned by ‘Hunreal Issues’, a new website that aims to share women’s issues with a wider audience and painted by renowned urban artist Maser.

It is not the first mural to appear outside the Centre, but it is definitely the most controversial. Its predecessor was a big ‘YES’ mural to honour the marriage referendum, which curiously didn’t receive any complaints.

This highlights how incredibly divisive the issue of abortion can be – at least for some.

According to Project Arts Artistic Director Cian O’Brien, the centre has received 50 complaints, but it has also attracted over 200 messages of support. 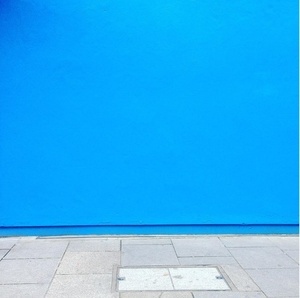 The Project Arts Centre has released the following statement:

We have taken the decision to remove the mural artwork by celebrated street artist, Maser, painted on the front of our building, after receiving a warning notice from Dublin City Council Planning Department that the work is in violation of the Planning & Development Acts (2000-2015).

“We have had an astonishing response to this artwork by Maser and I want to thank everyone who has contributed to the conversation around this important topic. I, in no way, wish to censor or silence an artist; I respect the legal position that the DCC Planning Office is in and the parameters within which they are working. This artwork occurs in the context of many in the artistic programme.”

“It is the first time Project has been presented with a planning notice for a painted artwork on the front of our current building. Project Arts Centre is complying with the planning notice and has removed this artwork. We look forward to working through official channels with Maser and The HunReal Issues to explore the possibility of re-installing this work as soon as possible.”

98 thoughts on “Meanwhile, In Temple Bar”