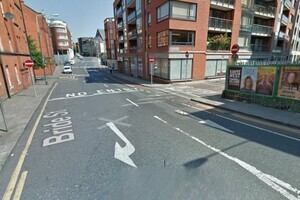 A ‘Shook Up Cyclist’ writes:

I know you don’t usually do this, but I would like to offer my apologies to another road user.

I was cycling down Bride Street [Dublin 8] this morning when a van started to overtake me with it’s left indicator on.

But the van slowed to a stop a couple metres short of the turn so I thought that the driver wasn’t that inconsiderate after all. I continued on through the junction and quickly realised that he had not stopped to let me go but rather because there was a car in front turning left.

It was a very close miss and I was almost wiped out by the car that had been preparing to turn. I gave the driver stink for indicating at the last minute because in the heat of the moment I didn’t realise that my view had actually been blocked by the van until it was too late.

44 thoughts on “A Cyclist Says Sorry”