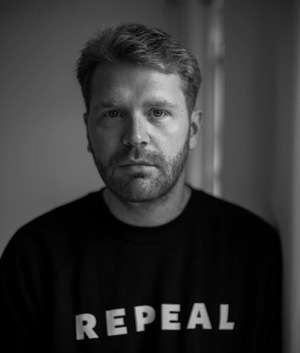 Speaking about abortion can be uncomfortable but it is nothing compared to the burdens that our medieval regime has placed upon women in this country.

This Saturday I have been asked to be a speaker at an event that is being organised by ‘The REPEAL Project’ which is taking place in the Temple Bar Gallery.

The event itself is sold out and I am just a little bit anxious about the contribution that I can make not only to this event but to the debate more broadly.

I harbour no personal ambiguity on the topic of abortion. I am completely pro-choice on the very simple grounds that I trust women to be the ones best capable of making choices that concern their own bodies.

It is easy for me to say that I am a pro-choice male who is committed to repealing the eight amendment to our constitution. I literally have the jumper. The source of my anxiety is that there is decades of hurt, pain and suffering behind that grotesque amendment which I can never fully understand.

It will never be me exported from this country for a basic medical procedure. Pregnancy will never limit the opportunities that may arise in my life and nor will the eight amendment ever impede my access to medical best practice in an Irish hospital.

I do not wish to unnecessarily take up space with my voice and my thoughts, when there are brilliant pieces and reasons and campaigns out there from the likes of Tara Flynn and Róisin Ingle, from campaigners such like Ailbhe Smyth and from groups like the National Women’s Council and the Abortion Right’s Campaign.

I can confidently speak as an elected representative of a constituency that has a large proportion of low-income and migrant communities who are most disproportionately affected by our State’s restriction on reproductive choices.

We rarely speak of the reproductive inequality that exists in our State. It is well documented that over 4000 Irish women travel abroad each year to avail of abortion services in neighbouring countries at a very significant financial cost.

This option is of course not available to women of low-income so the eight amendment further compounds the structural injustices that already exists in our State.

I can reiterate that I believe in choice. Childbirth comes with enormous economic penalties and I believe that a woman should get to choose if she is going to spend the next several decades of her life living in poverty.

While canvassing for the 2014 local election, I met a lone parent mother who over a discussion concerning my position on the issue of water charges brought me in to her kitchen and showed me the contents of her fridge.

She had the meals for herself and her son prepared in Tupperware boxes for that week but she informed me that there was one day each week were she wasn’t able to provide a meal for herself. The fear that woman expressed regarding the imposition of water charges, or a call from the land-lord informing of a rent increase was palpable.

I have witnessed similar levels of poverty manifest itself regularly in the years since but for me as an adult male, it was the first occasion that I realised the true nature of what gendered inequality looks like.

I raise that story because it demonstrated to me that it was motherhood which became the material basis for that woman’s poverty and her story is certainly not unique in my experiences over the past couple of years.

I can also talk on Saturday as a person who aspires to be a legislator at some point in the future.

When politicians talk of finally offering bodily autonomy to women in this country, most seem only able to do so in the most extreme cases of rape, incest or fatal foetal abnormality.

I do not believe that regulating for abortion only in these most extreme cases is practical or moral and I would have serious reservations concerning how a woman who has experienced the trauma of rape would be asked to prove an attack had occurred in such a short window of time.

It certainly wouldn’t be through the courts. For example, of the 567 rape cases that went through the central criminal court in 2013, only 17% of those tried for rape were convicted. Let us not replace one barbarous and restrictive amendment with another.

I can argue that when we repeal the 8th amendment, we need to ensure that we replace it with regulation ideally, or legislation, that ensures women have access to free, safe and legal abortion.

We are long past the stage of incremental change.

As a person who has always sought not to be constrained by the political spectrum, I can present my belief that free, safe, legal is a centrist position that is actually achievable.
Free for the very obvious economic reasons that I spoke of earlier.

For those concerned about term limits, removing the financial obstacles to abortion would ensure that such treatments occur in the earliest possible stages of a pregnancy.

Safe, because quite frankly the system that we have at the moment certainly isn’t anywhere close to meeting this standard. Twelve women per week are officially making this journey to Britain or mainland Europe for an abortion.

They are returning from these procedures without any recourse for aftercare supports or checkups. There are many more woman who are self-medicating by purchasing pills online.

Access to safe medical procedures is a fairly low bar for any modern country.

Legal so as to condemn to the annals of history this frightening system that is currently in place where Irish doctors are reaching for Bunreacht Nà hEireann before deciding which medical treatment would be in the best interest of women in this country.

Speaking about abortion can be uncomfortable but it nothing compared to the burdens that our medieval regime has placed upon women in this country.

I am a man but I am also a citizen of this Republic and as such will play my part in making this a more humane country for the other 50% of the population.

130 thoughts on “How Should A Man Talk About Abortion?”