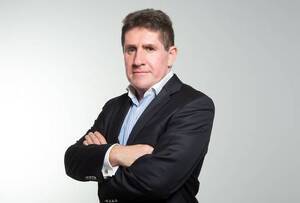 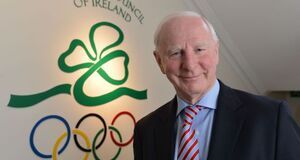 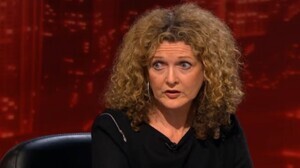 You may have read an opinion piece in yesterday’s Sunday Independent by Paul Kimmage, headlined, ‘How did Pat Hickey become the most hated man in Irish sport?’

In it, Mr Kimmage recalled the case of a woman who was raped by swimming coach George Gibney while on a training camp in Florida in 1991 – a year before the Barcelona Olympics in 1992.

The woman attempted to sue Gibney, the then Irish Amateur Swimming Association, now Swim Ireland, and the Olympic Council of Ireland.

Her story was reported on extensively by journalist Justine McCarthy.

In July 2009, the proceedings against the IASA and the OCI – dormant for more than a decade – were revived by a High Court order. A request was made to have the case struck out. The High Court acquiesced – the delay was “inexcusable and inordinate” – and the OCI and IASA were awarded costs.

In December 2011, the girl reached a settlement with Ryan’s insurers but was still being chased by the two sporting bodies for costs. They wanted €95,000.

Justine [McCarthy] was outraged and decided to email the OCI. She had a question for Pat Hickey: “How could he consider this pursuit to be morally justified?” He did not reply but set his solicitor loose.

Ms McCarthy, author of Deep Deception (O’Brien Press) about the various abuse scandals in Irish swimming, detailed the woman’s case in The Sunday Times on February 26, 2012:

I first met the girl nearly 15 years ago. She sat between her mother and her father in their living room. Her eyes were empty, her speech mechanical.

The girl told me her story. When she was five, an elderly neighbour began sexually assaulting her. He was the grandfather of children who lived nearby.

When her mother was hospitalised for six months, the girl was looked after by the grandfather. He warned her that if she told anyone, her mother would die. She told nobody. The abuse stopped when she was 11, when the grandfather’s family left the neighbourhood.

She struggled in school and became withdrawn at home. Her parents brought her to a doctor who said she was reacting to her mother’s prolonged absence from home. Her parents hired a tutor to help her catch up at school.

After the abuse ended, a local swimming pool opened. When she swam, she felt happy. “I felt like I was flying,” she said.

She streaked through the water. Bystanders asked who she was. A swim coach advised her parents to take her to George Gibney, the national and Olympic coach.

Gibney took the girl under his wing. He told her he would make her a star. Soon she was breaking records. Gibney gave her gifts of togs and tracksuits and hugged her every time she climbed out of the pool to accept another medal.

He said she would swim in the 1992 Olympics in Barcelona.

“That was my dream,” she said. She woke at 4am each day to train. Her father slept outside in his car while, inside, she swam.

Unknown to them, Gibney’s secret criminal life was starting to crumble.

Chalkie White, another coach, alleged to Gary O’Toole, a world silver medallist, that Gibney had abused him from the age of 11.

As he listened, O’Toole recalled warding off an attempted assault by Gibney when he too was 11.

White and O’Toole eventually unmasked Gibney as a rampant child sex abuser, but not in time to save the girl.

In Holland for a competition, Gibney came to her hotel room, jumped on her and pushed her onto the bed. He left as abruptly.

Back in Dublin, he shunned her. The harder she trained, the more he ignored her.

At a training camp in Tampa, Florida in 1991, he drove her to a hotel and, she claims, raped her. He said if she told anyone, he would sue and impoverish her parents. She told nobody.

The girl made her first suicide attempt while Gibney was fighting 27 counts of sexually abusing seven other swimmers.

Gardai began to investigate the first man who abused her. Two other girls came forward. He was convicted on seven charges and jailed for five years.

Sentencing him, the judge commented it probably was no coincidence that one of the girls was subsequently abused by her swim coach.

Buoyed, the girl made a statement to gardai that Gibney raped her in Florida.

By then, Gibney had eluded the first charges when the High Court ruled the delay since the alleged incidents disadvantaged his defence. He fled to Florida.

In 1997, the girl instructed a solicitor, Timothy Ryan, then with Hughes, Murphy & Co in Dublin, to sue both her abusers, along with the Iasa and the Olympic Council of Ireland (OCI). She underwent counselling to prepare herself to testify at Gibney’s criminal trial.

In 2004, two gardai visited and informed her that the Director of Public Prosecutions had decided not to apply for Gibney’s extradition from America.

That night she hanged herself from a tree in the grounds of a priests’ order house. One of the priests found her in time.

By this time, the girl was anorexic and frequently self-harming. She could no longer hold down a job. She gradually became dependent on her ageing parents.

She has developed an addiction to cough medicine, drinking two bottles a day. She is often put on suicide watch in hospital.

With her permission, I used to phone her solicitor (who had by then moved to a different firm) to check how the civil case was progressing.

When he did not return calls I became suspicious and checked the Courts Service records. They showed that, though he had issued proceedings as instructed, he had never served them.

The case had been dormant for nearly a decade.

I told the girl’s mother. She feared the news could kill her daughter so we agreed not to tell her. The mother knew my husband was a solicitor.

She asked me to request him to take on the case.

I protested that it would be a conflict of interest for me, but she said that she did not know another solicitor. I asked my husband. He took on the case and issued proceedings against Ryan.

In January 2009, my husband retired and another solicitor took over the case.

That July, the 1997 proceedings against Iasa and the OCI were revived by a High Court order. Both bodies applied to have them struck out. In December 2010, the High Court acquiesced, saying the delay was “inexcusable and inordinate”.

IOC and Iasa were granted costs.

Last December, the girl reached an out-of-court settlement with Ryan’s insurers, having rejected an earlier offer of €100,000.

The two sports organisations have pursued her for €95,000 costs.

After I emailed the OCI asking Pat Hickey, its president, whether he considered this pursuit morally justified, I received a phone call from the organisation’s solicitor.

He asked if I thought it appropriate, in light of my husband’s involvement in the case, that I write about it.

He advised me to be very careful, “from your personal point of view”.

One day last November, the girl phoned me from a psychiatric hospital. She was harrowingly distressed. While she was on the phone, she left the hospital, bought a bottle of vodka and boarded a bus.

She said she could no longer bear being alive. She said goodbye. Hours later, a stranger found her in a shopping-centre toilet with her wrists slashed.

As I write, she is back in hospital.

Mr Gibney – who was charged with 27 counts of indecency against young swimmers and of carnal knowledge of girls under the age of 15 in April, 1993 – sought and won a High Court judicial review in 1994 that quashed all the charges against him.

The judicial review was secured after a landmark Supreme Court decision, during which Gibney’s senior counsel Patrick Gageby argued that the delay in initiating the prosecution against Gibney infringed his right to a fair trial. Mr Gageby’s sister Susan Denham was on the bench of the Supreme Court that day.

Readers may also recall how, earlier this year, it emerged that gardaí gave a certificate of character, date stamped January 20, 1991, to George Gibney to support his application for an American visa.

Paul Kimmage: How did Pat Hickey become the most hated man in Irish sport? (Sunday Independent)

Up All Night To Get Unlucky