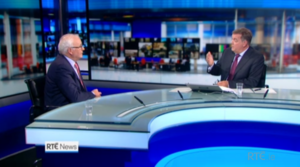 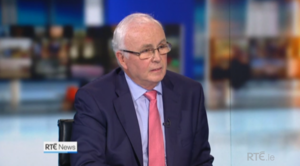 Chairman of Nama Frank Daly was interviewed by Brian Dobson.

At the very  end of the interview:

Brian Dobson: “You still say tonight, that the taxpayer got full value?”

Frank Daly: “I say, absolutely, the taxpayer got full value for money. And I say it even more strongly now in a post-Brexit environment. If we were trying to sell that portfolio now – we would not get offers anywhere near £1.32billion).”

What loss did Nama make on the Project Eagle transaction?

Depends on how you define “loss”!

By selling the loans in 2014, Nama did not generate £1.68billion in projected net cash receipts by 2020 on those loans. Instead, it sold the loans for £1.3billion.

1-  Nama has until 2020 to manage its loans so as to maximise their value for the taxpayer. Nama did not have to sell the loans in 2014; it could have managed the loans until 2020, which would have resulted in the loans generating £1.68billion, according to Nama’s own projections.

“In a paper submitted to the Board for the December 2013 meeting (reproduced in Appendix C) the Nama executive sought the Board’s approval for the sale of the loans. The paper indicated that the total Nama debt for the loans at the end November 2013 was £1.98 billion – equivalent to 43% of the par debt.”

“Cash flow projections indicated that Nama would realise net receipts totalling £1.68 billion over the period 2014 to 2020 if it worked out the loans through the sale of the underlying assets in line with its formal strategy.”

“The minimum price of £1.3billion set for the sale of the Project Eagle portfolio was significantly less than Nama projected it would realise from working out the loans – an estimated £1.68billion, equivalent to £1.49billion in NPV terms, using Nama’s standard discount rate.”

“The difference between the minimum price and the projected NPV of the workout was up to £190million, depending on the extent to which the adjustment of the 2017 disposal proceeds was valid.”

“As a result, the decision to sell the loans at £1.3billion involved a significant profitable loss of value to the State.”

“Ultimately, the loss incurred when the sale was completed was recognised in Nama’s financial statements for 2014.”

Previously: ‘A Probably Loss Of Value To The State Of Up To €190million’ 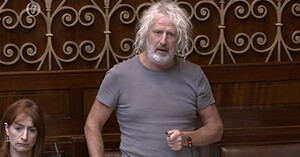 “For too long the Minister for Finance and Taoiseach have displayed breathtaking indifference, and at times arrogance, to any form of oversight of NAMA.

The C&AG report deals with just one aspect of NAMA’s operation – if the Government want all the truth in the open, only a truly Independent Commission of Investigation has any chance of exposing just how dysfunctional this organisation has been, and what the cost has been to the people of Ireland.

Until then, the proceeds of the sale of Project Eagle should be frozen, under the ‘Proceeds of Crime Act’ and all NAMA activities should be suspended.“

16 thoughts on “‘The Taxpayer Got Full Value For Money’”