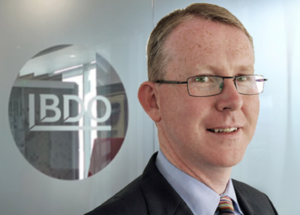 On Sunday last, Brian McEnrey a board member of NAMA was on the Marian Finucane show defending NAMA and badmouthing the Comptroller’s report [Into Project Eagle].

During the interview, Mr McEnry made this statement

“Project Jewel, Dundrum Shopping Centre held until we were at the very height of the market and sold for about a billion euros profit into Nama.”

It has some in the property and investment sectors scratching their heads as to how it could be true.

So what is Project Jewel?

This was a portfolio of loans linked to Joe O’Reilly, a NAMA Top 10 borrower. The loans had a par value of €2.57bn and were secured on collateral which included the Dundrum Town Centre shopping centre in south Dublin, Joe O’Reilly’s 50% stakes in the Ilac centre in Dublin city centre and the Pavilions shopping centre in Swords.

Other property collateral included an area around North O’Connell Street/Moore Street which has planning permission for a major new shopping centre.

How much did NAMA pay for Joe O’Reilly’s loans?

We don’t directly know. We do know the loans were acquired in two steps. Step #1 was in 2010 when NAMA acquired loans for the top developers from several Irish banks and building societies (Bank of Ireland, AIB, Anglo, EBS and Irish Nationwide)

Step #2 was unusual, and involved NAMA buying from Ulster Bank its €129m loans which were secured on the Dundrum Town Centre. NAMA paid Ulster Bank par value for the loans, in other words, it paid €129m.

We do know, in general, that NAMA acquired all of its €74bn loans from the banks in 2010-2012 for at an overall 44c in the euro. NAMA paid less for loans which had poor collateral. Dundrum Town Centre and the Ilac and Pavilions would have been considered good collateral.

How much did NAMA sell Project Jewel for?

€1.849bn was the price when NAMA sold the portfolio in early October 2015. The buyer was a venture between the British property giant Hammerson and the insurer Allianz.

Is it possible NAMA made a profit of €1bn on the sale of Project Jewel?

The perceived wisdom would be the cost of Joe O’Reilly’s loans would have been greater than the average 44c in the euro because the collateral was so good.

It seems very unlikely to the point of incredibility that NAMA made a €1bn profit on Project Jewel, at least in the way it was presented by NAMA last Sunday.

There may be complicating factors such as the interest charged on the loans by NAMA in 2010-2015, and NAMA may be including that interest in its “profit”, but that would be disingenuous and at odds with how NAMA’s loss on Project Eagle was calculated.

No, according to the JLL Irish commercial property indices, prices have been increasing for all property, including retail up to June 2016, the latest period for which JLL has issued its indices.

Between Q3,2015 (the end of which NAMA sold Project Jewel) and Q2,2016, Irish commercial property overall has increased by 9.4%, whilst retail, which forms the greatest element of Project Jewel increased by 8.4%.

Are the buyers now making a profit on Project Jewel?

Oh yes, at least on paper. Hammerson, one of the parties to the venture which bought Project Jewel, issued a statement in June 2016 which said:

“Project Jewel was accretive to 2016 EPS and with opportunities for valuation growth, the portfolio provides an attractive projected five year ungeared IRR of 7-8%, excluding development returns”.

Translated into basic finance, Hammerson expects its purchase from NAMA will make a €870m profit in five years, excluding financing costs, and also excluding any unforeseen profits from developing the properties including the property at Upper O’Connell Street.

8 thoughts on “Jewel Of Denial”