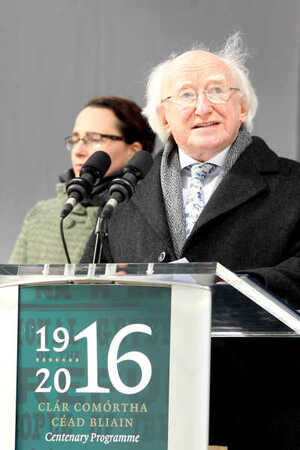 President Higgins will join Ryan to chat about life as the State’s first citizen, his plans for the future, and, as the 1916 centenary year winds down, he will share his vision for a new Ireland.

John Connors returns to the Late Late to discuss his major new documentary series on the history of the Traveller community, as told by the community itself.

Writer Stefanie Preissner will tell viewers what inspired her hit new TV drama Can’t Cope, Won’t Cope and what it feels like to be labelled the ‘voice of a generation’.

We’ll celebrate Ireland’s Paralympics heroes with Ellen Keane and Niamh McCarthy in studio to talk about their Rio success and RTÉ’s Paralympics anchor Daráine Mulvihill discussing how the Irish team smashed it at this year’s Games.

The very funny Jessica Thom will talk about taking the challenge of her Tourette Syndrome and using it as part of her comedy.

All that and music from The Blizzards, Cathy Davey and Ralph McTell & John Sheahan…

Are You Ready For This?