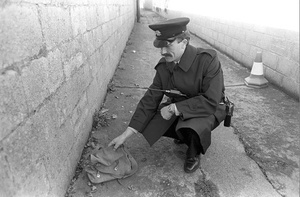 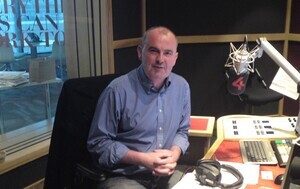 Philip disappeared from Rathfarnham during his school lunch break on Thursday, October 23, 1986. He was 13 years old at the time.

Discussion on the show focused on last summer’s claims by Gardai sources that there was evidence that paedophile DJ Eamon Cooke was involved in Philip’s disappearance.

Eamon Cooke died in St Francis Hospice in Raheny on June 4, 2016 while on temporary release from Arbour Hill.

On June 10, 2016, it was reported by the media that one of Cooke’s victims had come forward to say that she had seen Philip lying unconscious in Cooke’s radio studio on the day of his disappearance following a blow to the head.

There were also further reports that the Gardai intended to carry out digs on various sites owned by Cooke to try to locate Philip’s body, and that the DJ – who lived on the other side of the city from Philip – might have met the boy through a paedophile ring associated with a pub in Rathfarnham.

Priest Bill Carney, who featured in the Murphy Report into child abuse by priests in the Dublin diocese, was also described as having been connected with this ring.

The Late Late item also included speculation about the discovery of Philp’s schoolbag in a laneway near his home six days after his disappearance.

The schoolbag had not been discovered on previous Garda searches of the laneway. Angela Copley, an activist for victims of sexual abuse, told the media that a woman abused by Cooke had been informed by a retired Garda that another of Cooke’s victims had come forward to say that she had left the schoolbag in the laneway.

On June 15, 2016, the Gardai, at a formal press conference, requested any person with knowledge of the disposal of the schoolbag to come forward.

On August 5, 2016, the Irish Independent reported that the Gardai had been unable to link DNA on the schoolbag to Eamon Cooke.

There have been no reports of any person associated with the disposal of the schoolbag having come forward in response to the Gardai’s request for information.

Nor has any subsequent information been released by Gardai about the paedophile ring with which both Cooke and Carney were originally alleged to have been associated.

Following the disclosure of Cooke’s possible involvement, broadcaster Gareth O’Callaghan – who is distantly related to Philip Cairns and had also worked with Eamon Cooke in his radio station – went on record to say that he did not believe Cooke was associated with Philip’s disappearance.

In a series of subsequent Facebook posts, one of which has previously been featured on this site, Mr O’Callaghan instead asserts that Philip’s disappearance was associated with other paedophiles active in the Rathfarnham area in the years prior to his disappearance, some – but not all of whom – are now deceased.

Two of the deceased, named by Mr O’Callaghan as part of this ring are Father Patrick Tuohy, the former Parish Priest of Rathfarnham, and a local man, Mr Brian Ellis.

According to Mr O’Callaghan, both men were well known to Philip – Tuohy in his capacity as parish priest and organiser of local community activities for children (including a newspaper recycling project) and Ellis as a member of a local prayer group and a fishing club – the Dublin Sea Anglers Club – of which Philip and his family were active members.

Mr O’Callaghan suggests that Philip Cairns had been the victim of sexual abuse by one or more men associated with the paedophile ring and was killed as a result of having disclosed this abuse to a person who, unknown to him, was also part of the ring and subsequently passed on news of this disclosure to the person or persons concerned.

As a result Philip was picked up on his way back to school on the afternoon of October 23, 1986 and taken to the Parochial House, Rathfarnham, where he was warned of the danger of further disclosures. Philip’s death subsequently occurred when he panicked and tried to run from the house.

According to Mr O’Callaghan, the body of Philip Cairns is possibly buried in the garden of a house in the Rathfarnham area formerly owned by a deceased member of the ring.

O’Callaghan’s source for the alleged location of Philip’s body is a person, described by him as ‘Tom’, who allegedly acted as a gardener for Brian Ellis, by whom he was contacted following his initial Facebook posts on Eamon Cooke.

Another contact referenced by O’Callaghan is the brother of a woman, not named by him but identifiable as Eva Brennan, aged 39, who disappeared in the Rathfarnham area on July 25, 1993.

Like Philip, Eva was a member of local prayer groups. Her disappearance similarly remains unexplained. In 2010, Eva’s sister, Colette McCann expressed concern regarding the Garda investigation of her death.

The lack of any progress in respect of the disappearance of Philip Cairns remains similarly worrying.

A timeline of the inquiry, as referenced in a previous Broadsheet post, shows it to have many unusual characteristics – not least the discovery of the schoolbag not far from Rathfarnham Garda station and the subsequent failure of the Gardai to protect it from contamination – as evidenced by Press photographs showing it being handled by at least two Garda members following its discovery.

The most relevant evidence in respect of the disappearance of Philip Cairns remains that identified by Sunday Independent journalist Maeve Niland in an investigation carried out by her in 1989.

Ms Niland detailed two sightings of a boy in school uniform talking to the male driver of a red Japanese car along the route Philip would have taken back to school at approximately the time that he would have been likely to be on that route.

She suggests that Philip was picked up on the way back to school by the man driving this car, who was known to and respected by him, and that the man drove him in the direction of the school, but did not stop there.

Publication of Ms Niland’s investigation was followed by a number of apparently hoax phone calls and false leads, without any further public identification of the man or car involved.

It now appears that the Garda identification of Eamon Cooke as the perpetrator – shortly after his death, and in the year leading up to the thirtieth anniversary of Philip’s disappearance – is yet another false lead in an investigation inexplicably bedevilled by them.

Other cases, featured in this site, involving deaths and disappearances the perpetrators of which have gone notoriously unpunished: the murder of Noeleen Murphy in April, 1973; the disappearance of Mary Boyle in March, 1977; the death of Fr Niall Molloy in July, 1985. In all of these cases, without exception, allegations of involvement have been made against persons with significant political connections or Garda associations.

These characteristics are also present in the Philip Cairns case in relation to both of the persons named by Mr O’Callaghan as perpetrators: Fr Patrick Tuohy and Brian Ellis.

Prior to his appointment as Parish Priest of Rathfarnham, Patrick Tuohy had acted as personal chaplain to WT Cosgrave, Chairman of the Provisional Government of the Irish Free State.

He subsequently retained close links to the Cosgrave family, including WT Cosgrave’s son Liam, leader of Fine Gael between 1965 and 1977 and Taoiseach between 1973 and 1977. Tuohy resigned as Parish Priest the year of Philip Cairns’ death, remaining in the area in an undefined pastoral capacity.

Like Tuohy, Brian Ellis had powerful political connections dating back to the foundation of the State. He was the son of Dr Vincent Ellis, a Sinn Féin activist and close friend of Michael Staines, the first Commissioner of An Garda Siochana.Staines appointed Ellis Chief Medical Officer of the Garda Siobhana in 1922. He served in this position for the following 35 years.

Brian Ellis, his son, was brought up in the Garda Depot in the Phoenix Park where friends included Tuohy’s superior Archbishop Dermot Ryan, whose father was also a friend of Vincent Ellis.

In 1986 the idea that paedophiles could also be persons respected in the community was not the subject of open discussion. The report of Judge Yvonne Murphy into paedophilia among priests in the Dublin diocese records both this belief and its fallacy.

This is no longer the case. Earlier this year, retired Garda Frank Mullen – a former head of the Garda Representative Association – took to the media to deny allegations of sexual abuse made by Cynthia Owen (formerly Sindy Murphy) of Dalkey, the mother of Noeleen Murphy, whose unsolved murder is referenced above.

Mullen – who vehemently disputes the allegations – is not the only member of the Gardai alleged to have been involved in perpetrating or covering-up unsolved crimes.

According to Mr O’Callaghan, the Rathfarnham paedophile ring responsible for the death of Philip Cairns included one or more local Gardai.

Nor are the allegations made against Brian Ellis new allegations; they appeared in the Irish Sun newspaper on October 21, 2015 and, according to Mr O’Callaghan, were reported to the Gardai by his source as early as 2010.

There has, however, been no attempt by Gardai to follow up on these allegations by conducting any investigation of the garden of Ellis’s former home.

Previously: Philip Cairns And A Trail Of Disinformation

A Cold Case Of Confusion

39 thoughts on “A Touch Of Misdirection”