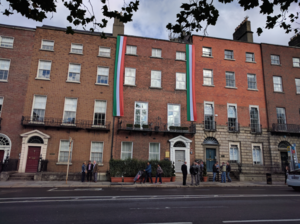 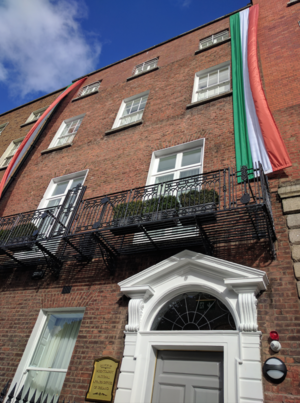 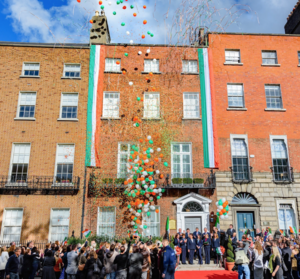 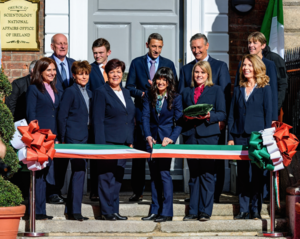 The opening of the Church of Scientology’s Irish office.

The question of how Scientology would transplant its cultish craziness into a leafy Dublin street was answered on Saturday afternoon as a small crowd of about 200 gathered to watch the ribbon cutting on the group’s new national affairs office on Merrion Square.

It was like a mini Mardi Gras with a sinister edge. A line of people waved Irish flags and sang as a small band played As The Saints Go Marching In. A cheer went up as party streamers ignited and the doors swung open to “the public” – which excluded any passers-by or members of the press, who were strictly barred from entering (journalists are thought of as ‘merchants of chaos’ by the church).

I somehow found myself at the launch, almost by accident, through a friend who had received an invitation. Not there as a journalist, I was afforded an interesting insight into the strange world of Scientology and what it hopes to do here in Ireland.

Before the ribbon-cutting ceremony, the Church held a party in the Davenport Hotel around the corner from their new office. As I wandered into the lobby feeling more out of place than I have in my life, an American woman with a painfully wide smile greeted me asked me if I was there for the dancing. I was led to a room with food, drinks and a live swing band.

…Nothing in the room indicated this event had anything to do with Scientology, until you started talking to people. Almost no one in the room was Irish, and it was clear (from an overheard conversation) that many of them had been flown in from the US and the UK for the event. The National Affairs Office staff are all new too, they arrived from their respective countries just last week, according to a number of them I spoke to.

Chatting to someone whose business card described them as ‘The Way to Happiness Co-ordinator’, I was told about the plans for the new office. She explained that this would be a secular branch of the church, not trying to convert people but just helping with social issues. She particularly stressed that they would be fighting for our human rights, human rights we don’t even know we have.

Inside the strange world of the Church of Scientology in Dublin (Emer Sugrue, Irish Times) 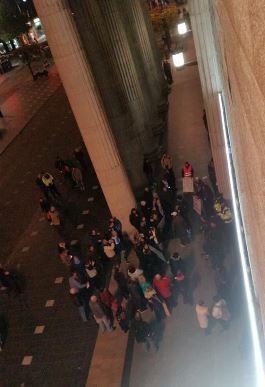 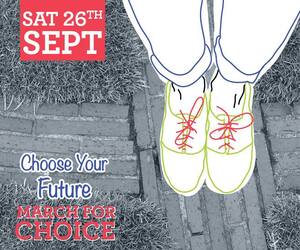 46 thoughts on “Now For The Scientology Bit”