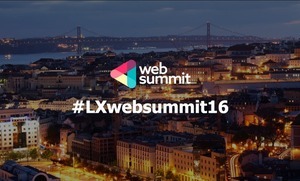 It’s like WiFi Heaven already at the #websummit : From Lisbon Airport @VINCIAirports to the @MeioMetroLX (and it works underground!) pic.twitter.com/uTWyGQUoQT The first day of the Web Summit from broadband-friendly Lisbon, Portugal.

Oh god… Paddy Cosgrave is doing a "Look how the wifi is working" thing on stage, but it's not working. Awks. #websummit ‘It Has Moved On’