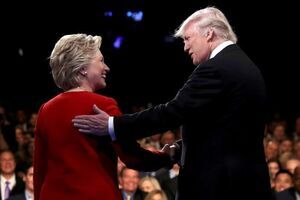 I suppose it would be expected of a progressive discussing the US Presidential election to describe Donald Trump negatively: a bigot, a liar, a tax avoider, a sexual predator, a charlatan who connives at arm’s length with the most profoundly anti-American groups (such as the Ku Klux Klan). But what’s the point?

We know all that and more – and we have Donald Trump to thank for that; he’s the one who’s provided the conclusive evidence.

What’s far more interesting is why so many people are voting for him. No doubt, this will become an industry in the future with books, articles, PhDs, earnest documentaries and pop-analysis.

I won’t pretend to have the answer (in any event, there are many answers which provoke even more questions). But I do know many of the people who are voting for him.

I grew up with them, went to school with them, played baseball with them, drank many beers with them. They are good people, caring people. I’m sure if you met them you would enjoy their company; just ordinary folk trying to meet their monthly bills.

But something has snapped. The ties that traditionally bound Americans in a social contact have been cut. These people grew up in the American dream and now they have woken in a place that they weren’t prepared for and weren’t supposed to be in.

The most dismal statistic is that the life-expectancy of whole swathes of the white working class is now falling. Poor health, poor wages, poor life-expectancy. The inclusive ties of community have been replaced by bleak networks despondency and anger.

Of all that was depressing about Trump’s rallies, to me the most depressing were the chants ‘Build the wall! Build the wall!’ Never mind that America became great because it tore down walls, creating a land of many cultures, languages, religions and national origins – a land for, and of, all people. Woody Guthrie said it best:

OK, there was always a bit of myth about this; the reality was more fraught, more tense with many injustices. But the mythic parts are important, too – it says something to us about us. And walls are not about us.

People build walls when they are afraid, lack confidence, live in fear, when the social order of cooperation that is so natural to us breaks down. Walls are the ultimate sign of weakness, yet this is the foundation for ‘Making America Great Again’.

Do Trump supporters recognise this weakness? No, not now anyway. That is the tragedy which they don’t deserve.

I know Europeans flinch at Trump’s language but I know the cadences, the syntax, the rhythms; it is a direct language. So much of the oppressive apparatus in America today comes with a ‘corporation-speak’, a ‘bureaucratic-speak’. People know this language and are sick of it.

Trump’s speeches are not written by committee where each sentence is parsed for its impact on this or that focus group. His speech is the speech of ordinary people. Ever read a written transcript of an ordinary conversation – it’s almost unreadable; so much is left to the unspoken word, the unfinished sentence, the wave of the hand, the angle of the head? That’s how Trump speaks. People understand.

But this is the allure and the danger of the demagogue. He or she cannot be neatly categorised on classical ideological graphs. They can act left-wing or right-wing. They can speak a progressive or reactionary language.

The most effective are able to weave these seemingly opposed perspectives into a unitary anti-establishment movement. They identify the elite, mobilise people against that elite and if they are successful, they end up becoming the elite. This is almost the inevitability of a desperate populism led by a persuasive demagogue.

There’s a lot of superficial commentary on the potential voting patterns of the rust-belt or the white working class or the ‘ordinary middle class’ (which means something different in the US than in Europe).

The polling data suggests something much more nuanced and differentiated: by region, by gender, by age, by educational achievement. Three-minute news pieces require neat summations; in many cases they miss the point.

But there’s one point that cannot be missed. Many of the people voting for Trump come from social constituencies that were once part of the greatest and most progressive coalition in the 20th century: the New Deal.

This was the new social contract that emerged out of the wreckage of the Great Depression and lasted for decades.

In the New Deal – which spread over a generation – equality spread as surely as electrification and water supplies, the welfare state was born, pro-labour legislation was implemented, financial interests were subordinated and the productive economy was privileged. Houses and motorways were built, art was created for the public, music classes were funded for schools and civil rights legislation was passed despite fierce opposition.

But the Democratic Party today has moved far from that heritage. Like social democracy and the Left throughout Europe, it proved incapable of fending off neo-liberalism, accommodated itself to capital (how so much different to President Franklin Roosevelt’s Second Bill of Rights), so intellectually debased itself it had no response to the financial crash.

Today, we are living with the results of the collapse of that great coalition and the Democratic Party’s inability to form a new one suited to modern times (though Senator Bernie Sanders gave us an insight into what that new coalition could look like).

However, this is a defensive battle. Imagine if Trump won the Presidency? It’s not the successes that should worry us. It’s what happens if he fails his supporters. They have built the wall but they are still poor; they have kept out the ‘outsider’ but they still feel afraid. What happens when disillusionment with Trump sets in, when they see through the rhetoric to find another, more fundamental betrayal?

Don’t think they will automatically turn to a progressive and democratic alternative. They might retreat into a long-term apathy. Or worse, they might turn to even more reactionary forces which promise an even truer and more uncompromised politics. If Trump were elected America might spiral into an even more vicious cycle.

That’s why Clinton must win. I’ve come across the trope that, at root, there is no difference between Trump and Clinton. This betrays a profound ignorance of the fundamental issues at stake.

There is a difference between someone who is Trump and someone who is not Trump. The mature response is Senator Bernie Sanders’ response: support Clinton, oppose Trump.

And the mature strategy is Senator Bernie Sander’s strategy: support Clinton, win the White House and immediately start transforming the Democratic Party from the bottom up.

This is a lesson we should learn in Europe. How so much easier to set oneself apart to remain untainted. The real work of democratic mobilisation is so much harder and much more long-term. It is not the instant gratification that can be found in the supermarket aisle or the heated denunciations on social media.

And in America, this democratic mobilisation will need to include Trump supporters – those who are searching for a new social contract. Because they vote Trump today doesn’t mean they have stopped searching.

But it will need to speak directly, honestly. It will need to project a more authentic and liberating Americanism, rooted in a profoundly progressive history.

We must rebuild that coalition, fit for the 21st century. We must start that work now. And the first step is to elect Hilary Clinton today. The next step starts tomorrow. 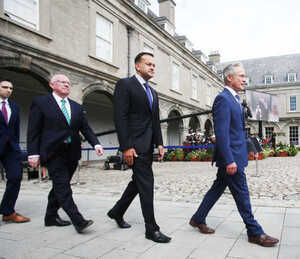 20 thoughts on “May The Best Woman Win”