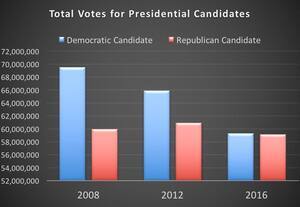 Turns out it’s not a Trump insurgency, but a Clinton collapse. A graph that cuts straight through [yesterday’s] punditry …

From London With Love

74 thoughts on “Rise Of Trump”