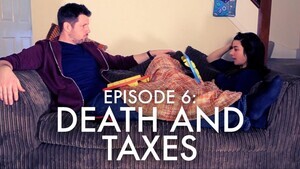 “For Lily and Ben, there are only two certainties in life, death and… is it tax day already?!”

The season closer for the Dublin-based web comedy series following the trials of a millenial couple from the minds and acting chops of Kelly Shatter, Luke Benson and Kevin Handy.

Cyanimation: The Meaning Of Love