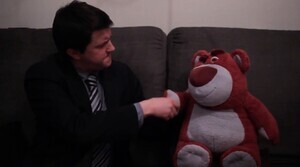 Footage has emerged of Enda Kenny preparing to raise the tough issues in his meeting with Donald Trump…. “For Lily and Ben, there are only two certainties in life, death and… is it tax day already?!”

The season closer for the Dublin-based web comedy series following the trials of a millenial couple from the minds and acting chops of Kelly Shatter, Luke Benson and Kevin Handy. 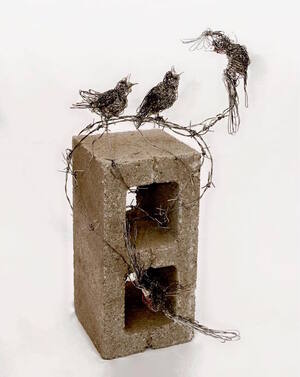 Wire sculptures by British artist Candice Bees, whose early training as an illustrator lends her creations the bold, gestural lines of pencil sketches. In a sketch about social meeja, written by Mr Spicer. Previously: The Meaning Of Love The entire extant ouevre of UK comedian and animator Thomas “TomSka” Ridgewell in one handy video. An eyeball-teasing compation of clips from every animation made for the #365rounds project – a daily animation/sketch/photograph challenge started early in 2013 by Mexican motion graphics artist Carlos ‘Yimbo’ Escárrega.

Music: Feels Like We Only Go Backwards by Tame Impala A LightSwitchHat sketch from Ronan Grace, Trevor Browne  and Andrea Farrell. The trio behind that Netflix sketch.