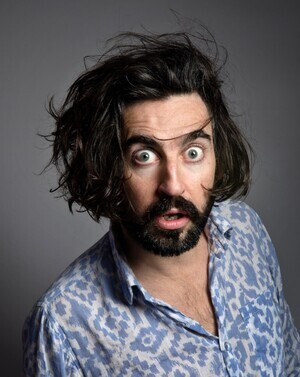 On Sunday, 4th December internationally acclaimed Actor and Showman Aindrias de Staic and his band The Latchikos will perform “The Man from Moogaga” Live at Whelans on Wexford St at 8pm.

Fresh off the back of the Vodafone Comedian of the Year final The Man from Moogaga is a musical- comedy-story-telling hybrid telling the tale of growing up in a remote town in Ireland in the 1980’s, and playing with friends on the local GAA team.

Full of twists and turns with a cast of strong peculiar characters, all infused with de Staic’s impish sense of humour and musical skills, this show will certainly resonate with anybody who grew up in the West.

Improv Fest Ireland 2016 wraps up on Sunday with our ‘Celebrity’ Charity Improv Show at the Workman’s Club, 10 Wellington Quay, Dublin 1 at 7.30pm.
What happens when you take a host of faces from the TV, radio and media not normally associated with Improv comedy and give them a crash course in Improvisation before putting them onstage in front of a live audience? Find out in his daring show in aid of our charity partner, Pieta House!