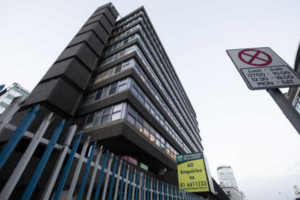 The Home Sweet Home Campaign is growing increasingly concerned about the government’s commitment to honour the terms of the agreement reached between Minister Simon Coveney and Home Sweet Home.

Recent statements from the minister, coupled with feedback from Apollo residents who had recently been placed in substandard accommodation; have introduced doubt into the proceedings.

The agreement reached yesterday resulting from lengthy negotiations, set out the terms by which Home Sweet Home and the Department of Housing would amicably conclude the occupation of Apollo House, and take serious measures to address the housing emergency.

Eight residents have returned to Apollo House in the past 24 hours distressed that the accommodation offered to them by DCC were completely unsuitable to their needs.

As one former resident of Apollo stated of the type of accommodation he is currently in:

“No keys, no food, no washing machine, no wardrobe, people getting drunk, injecting and smoking heroin in rooms, not possible to sleep due to music and shouting till 4am, phones getting robbed, vomit in the hallways, needles everywhere, atmosphere on the verge of explosion of violence, gang threatening to stomp another resident soon.”

The Minister’s statements undermining the provision of two new buildings has also raised serious concerns as to the good faith of the agreements made at the negotiation table.

It was agreed that two new buildings, additional to the ones announced by Dublin City Council on their website on November 30, 2016, were committed to by Coveney in the negotiations, and the minimum standards in Apollo House would be the new benchmark for these two new additional facilities.

The Minister for Housing is downplaying the significant achievement reached by a citizens’ intervention in the worst housing crisis the state has ever seen.

In doing so, the needs of some of the most vulnerable people in society are being ignored.

“Yesterday we reached an agreement with Coveney and we intend on holding him to his agreement. However, the Government cannot accept the precedent that has been set by direct action. They are claiming that all these changes that have been enforced already existed, contrary to Dublin City Council and Peter McVerry Trust claiming otherwise. Is this what Government negotiations and mutual agreements amount to?”

Home Sweet Home will, as per the agreement, only leave when the residents’ needs have been met.

The long and short-term needs of the residents, as of this evening, have not been met and only when they have been met will the residents and Home Sweet Home be leaving Apollo House.