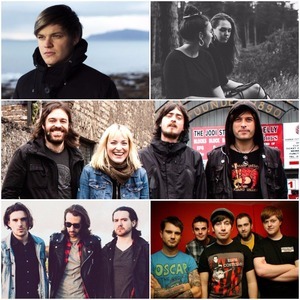 Last week, we asked YOU, our distinguished commentariat to recommend us your favourite new Irish music.

On the line was a crisp, new €25 voucher for Golden Discs, redeemable at any of its fourteen locations nationwide. In fact, we asked you to complete this sentence:

The competition was tight as usual, but as ever, there can only be one winner:

Dav clinches it, with his recommendation (streaming above).

My current favorite song by a new Irish artist is Falling for You by Daithí featuring Sinead White because, not only is it a powerful vocal on her end, but he spent the last year traveling Ireland, recording sounds from the landscape to incorporate into his tracks, so I mean this quite literally when I say this is the sound of Ireland!

Other highlights from the running:

Gorugeen: ‘My current favourite song by a new Irish artist is Charlene by Chewing on Tinfoil because the video is so simple, honest, which reflects the song. It’s a tune that’s emotional but not at all soppy. It’s a touch raucous and sung in a genuine accent. An all round great package.’

Odockatee: ‘My current favourite song by a new Irish artist is Tin Man by Saint Sister because it has great harmonies, a real velvet flow and it’s just cool.’

Penfold: ‘My current favourite song by a new Irish artist is Bullethead by Fangclub because its a great rough sounding riff laden track that showcases the bands grungey influences. Not sure if it qualifies as new as picked it up midway through last year.’

And So To Shred

The Songs That Made Your Year

You May Have Liked This

The Harder They Come