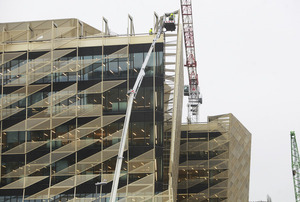 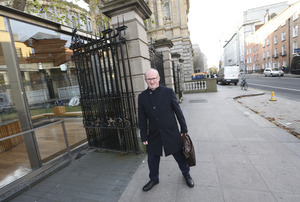 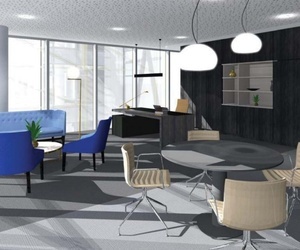 Wait until you see inside.

It has already raised eyebrows with its dramatic gold-plated exterior … now the first details of what sits behind the façade of the Central Bank’s sleek new headquarters have been made public.

More than €23,000 has been spent on custom-made and boutique designer furniture for the office of the governor Philip Lane in the bank’s new building on Dublin’s North Wall Quay.

A sofa for his personal office – bought from the luxury furniture maker Lyndon Clarence – will set the taxpayer back €3,300, according to the records.

Two lounge chairs, each costing €1,582, were also purchased from the same design firm, who are based in Cheltenham in England.

….The governor’s office will occupy 55 square metres on the upper floor of the new building, a floor area larger than some smaller homes around Dublin. Mr Lane will also have a personal storage area, which will add another 6.5 square metres to his office.

The €23,000 bill for boutique and custom-made furniture for office of Central Bank’s governor (Ken Foxe)