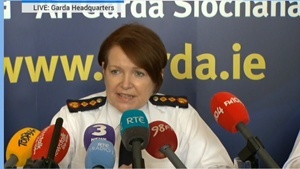 Nóirín O’Sullivan says a report will be given to the Policing Authority and the Dept of Justice on the recent garda controversy pic.twitter.com/EAN860eRsA

Garda Commissioner Nóirín O’Sullivan, announces plans to “get to the bottom” of recent scandals and “take appropriate action”.

She’s in so much trouble.

Garda Commissioner to do a life interview on Six One News. A rare if not unprecedented event.

23 thoughts on “Don’t Hold Your Breath”